Our voice is being heard in the Fight for $15 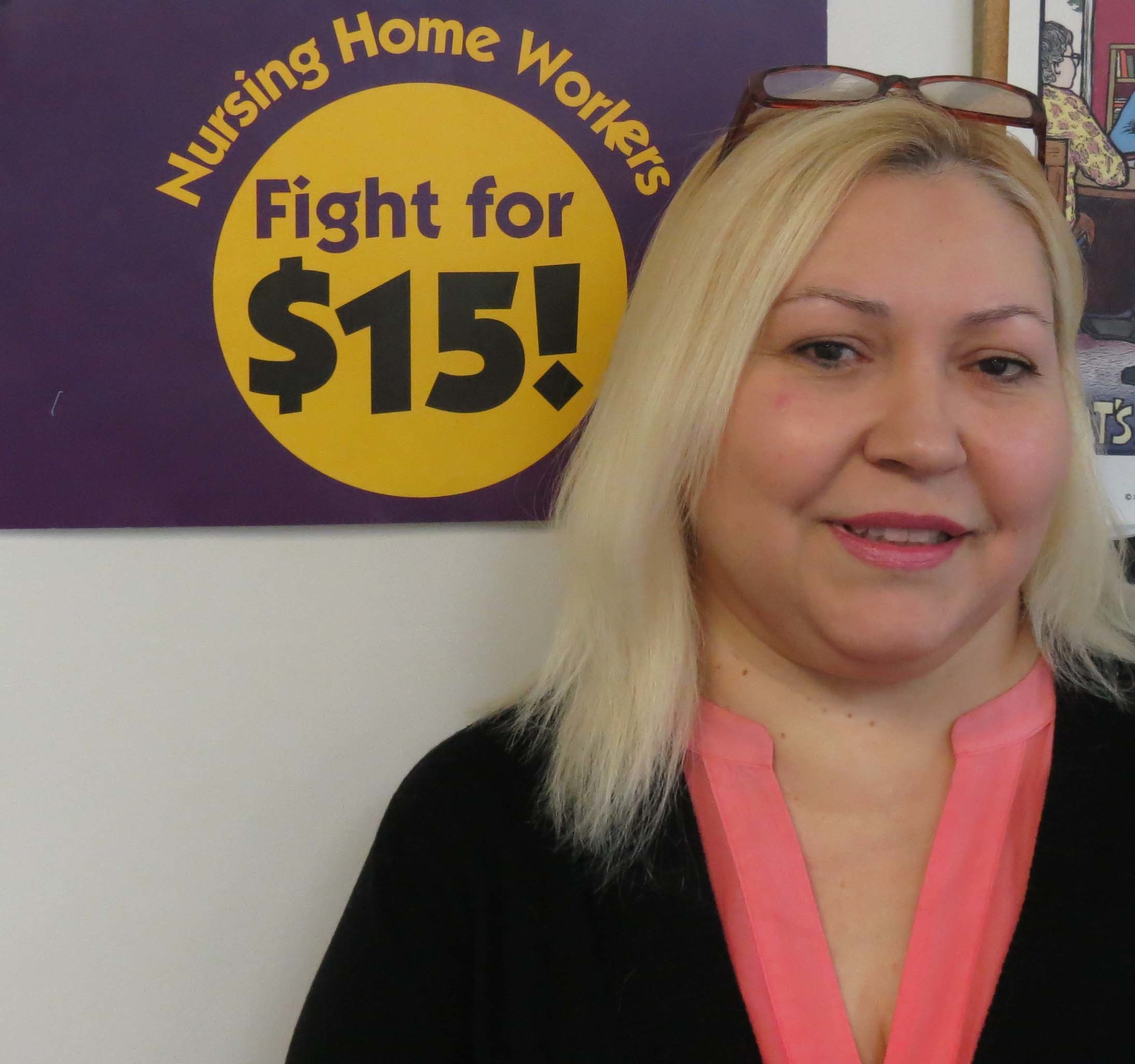 Maribel Rodriquez has been a CNA for 29 years. She lives in Waterbury, Conn.

I got involved in the Fight for $15 and union rights last year. As I look back, I see evidence of what a powerful force it has become. In recent weeks, we’ve celebrated the laws passed in New York and California creating a $15 state minimum wage. In Pennsylvania, nearly 5,000 nursing home workers won a path to a $15 an hour wage through their union.

It is exciting to be part of this movement that is not only helping working families but is bringing dignity and respect to our work. I have been a certified nursing assistant (CNA) for 29 years. I began working when I was 18 and was just searching for a steady job. I enjoyed talking to and working with seniors, and despite the fact that I was only making $5.50 an hour, I thought I had found the right career.

This is all too common for many of us who work in nursing homes. Too many have to work two and three jobs just to make ends meet. We struggle to provide for our own families as we care for others. It’s just not right. Our salaries are so low that many of us have to depend on public assistance to survive and companies are making huge profits. According to the Paraprofessional Healthcare Institute (PHI), nearly half of nursing assistants live in households earning less than 200 percent of the federal poverty level. One in three relies on public benefits to supplement their earnings to help support their family.

“Raise the Floor: Quality Nursing Care Depends on Quality Jobs" reports that nursing assistants and workers providing laundry, food and housekeeping services are undervalued and underpaid, and we’re often viewed “as a cost to be managed rather than an asset to invest.” Keeping the wage floor low leads to a high turnover, as many as half of nursing home workers leave their jobs each year, and adds to the gap in available workers to provide for our seniors, the report says.

Something needs to be done to put an end to the poverty wages. That’s why last year I joined my fellow union CNAs from 27 Connecticut nursing homes to take a stand to raise our wages to a minimum of $15 an hour. Throughout the legislative session, we drove to the statehouse once a week to talk with legislators about the difference this wage increase would make in our lives and in the nursing homes where we work.

After many hearings and rallies—and even a threat to strike—our voice as union nursing home workers was heard and state lawmakers approved $26 million in Medicaid funding for nursing facilities to voluntarily raise wages and $9.6 million to improve benefits.

By winning $15 an hour, we all have a better shot at taking care of our families and being there for our residents. There’s still a long way to go, but it’s a step in the right direction.