Congress must stand up for Dreamers, TPS holders

While standing with her union brothers and sisters at a Chiquita boxing facility, opponents of their right to join together threatened an outspoken union leader with “not existing.”  She left Honduras. Twenty-two years later, the 61-year-old janitor faces the threat of being sent back to her home country if Congress doesn’t protect immigrants with Temporary Protection Status (TPS) and DREAMers. 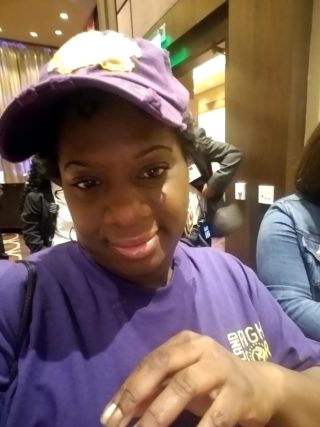 I cried listening to my sister in labor share her story during a recent trip to meet our members of Congress. This grandmother works very hard to live a decent life but could lose everything, including her life, if she’s forced to go back to Honduras. Things are just as dangerous there as when one of her coworkers was gruesomely murdered and she had to flee the country.

I’m a black woman, born and raised in Baltimore, but I cannot help but put myself in my union sister’s shoes. What if I had to give up everything I’ve worked hard for and move to another country where I have no friends or family? The possibility would be heartbreaking.

More than 300,000 people who have been living and working legally in the United States for years as TPS holders live in limbo because President Trump – unlike his predecessors – refused to renew TPS for Honduras, Haiti, Nicaragua, El Salvador and Sudan in 2018. Immigrants from these countries now face being forced to leave our country, as early as this spring, after decades of working hard, paying taxes and building their versions of the American Dream.

Maria, who left Mexico as an infant and is a DACA recipient, worries about what will happen to her family - especially her U.S.-born children - if Congress doesn’t take action. Her twin sons are scared too and ask if she would be deported one day while they’re at school.

Yenny, an immigrant and 32BJ SEIU member living in New York, knows the pain of being separated from her child.

“Thank God I’m an American citizen now but I lived nine years in the shadows waiting for a work permit renewal,” she says.  “I lost my job. I lost my apartment. I had to send my five- month-old baby to live with my mom and [saw] him again when he was five years old. I missed the best times with my son because I had no papers.”

I must admit that I didn’t know much about TPS or the Dream Act before joining my union brothers and sisters in Washington DC, but since that day I tell my friends, family members and co-workers about the crisis immigrant families face because of the President’s hateful actions.  And a new group of SEIU members came to Capitol Hill last week to share their stories and remind Congress that America’s strength comes from our ability to work together across racial, religious and political lines; not destroying families.

Join us by calling 1-888-204-8353 to tell Congress to make passing legislation to protect Dreamers and TPS holders a priority.