Join thousands of workers across the country as #WeRise for the good union jobs our communities need. Show your support and spread the word! 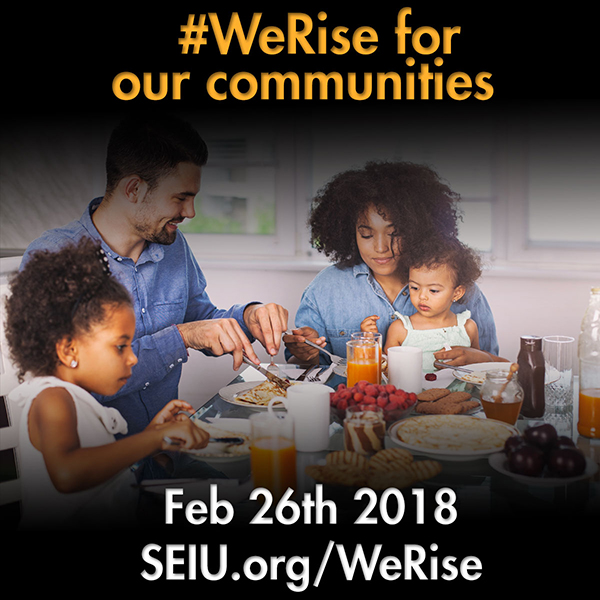 A union means unity: we are all in it together. The extremists behind Janus v. AFSCME don’t want us to be united. They want to divide us any way they can.

On 2/26 #WeRise for the good, union jobs that our communities need. 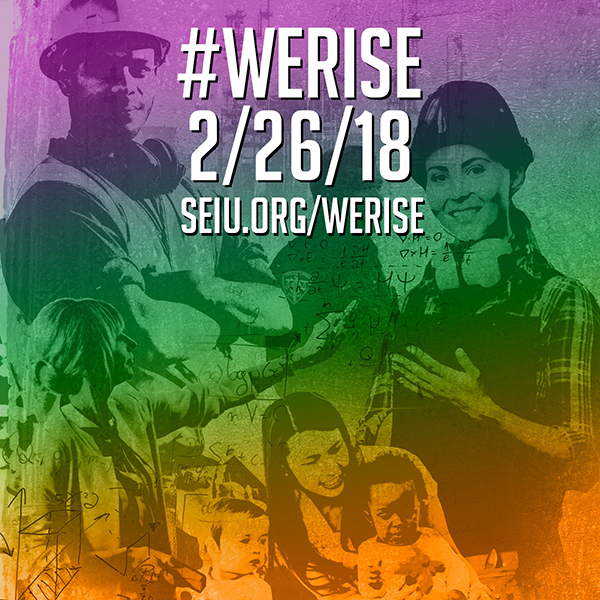 Stand with us on February 26th as #WeRise up against the case that’s before the Supreme Court justices, Janus v. AFSCME, which is part of a well-funded campaign by the rich and powerful to divide us from our co-workers and limit the power in numbers we have together in our union.

Will you stand with thousands of working people in hundreds of workplaces around the nation? 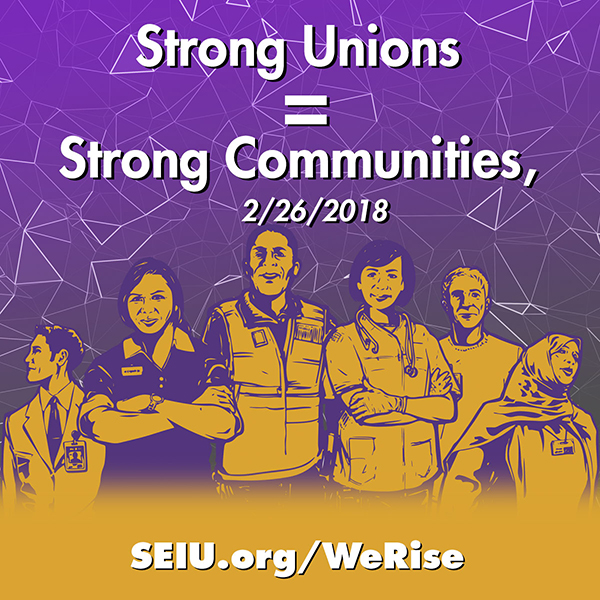 DYK: the case that’s before the Supreme Court, Janus v. AFSCME, is part of a well-funded campaign by the rich and powerful to divide us from our co-workers and limit the power we have together in our union?

We have proven that we are stronger together--that’s why anti-worker extremists want to divide us and weaken our union, just as they have been rigging the rules to make it harder to join together in unions.

We know they are trying to divide us, but we won’t let them! On February 26th: #WeRise http://bit.ly/2nXkkoF 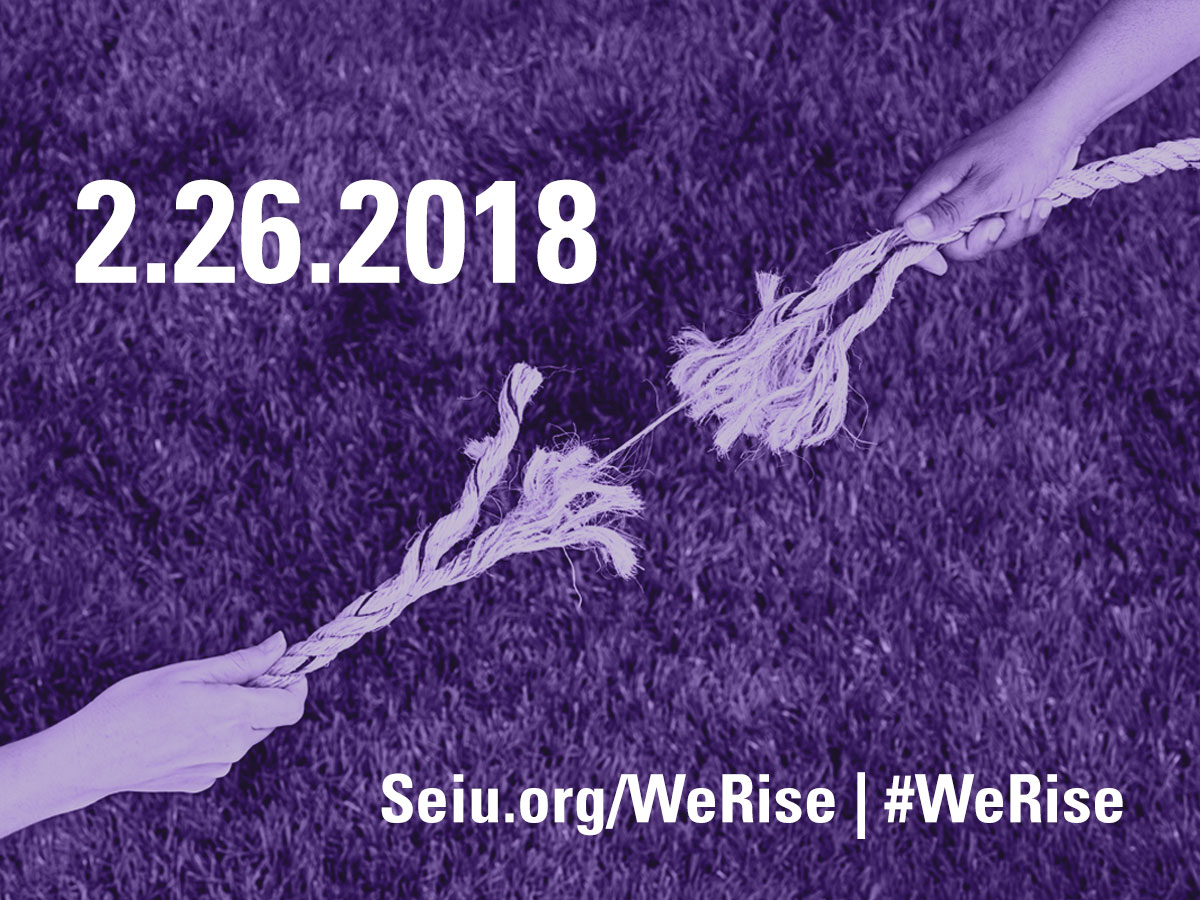 Anti-worker extremists want to divide us. We won’t let them. We’re here to say, we’re sticking together no matter what! No court case, no legislation, no propaganda campaign can stop us from sticking together. On 2/26/2018 #WeRise http://bit.ly/2swBKNI 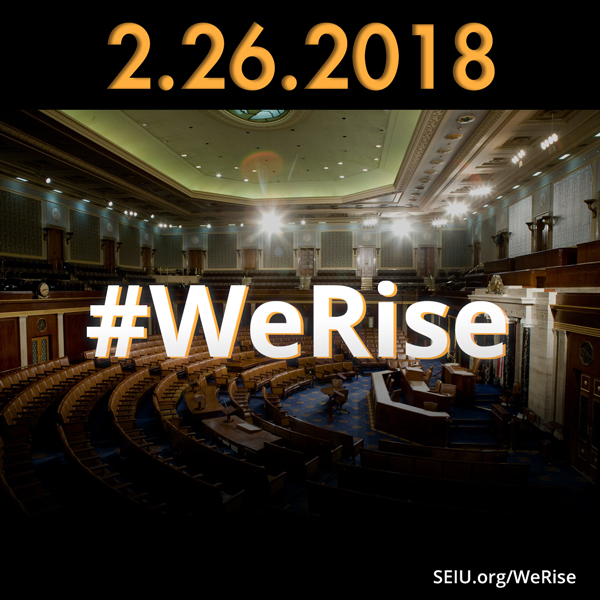 On February 26th #WeRise to say that we are going to stick together, no matter what! Will you join us? http://bit.ly/2nXkkoF 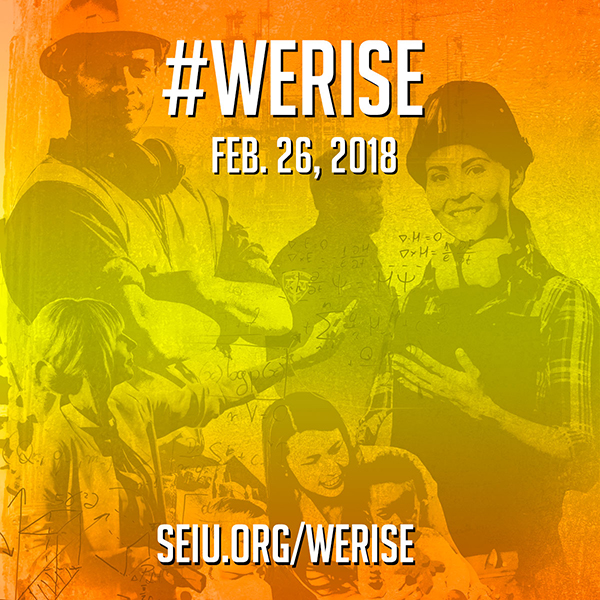 This is your chance to join thousands of union and non-union workers around the nation, as #WeRise together to fight for good, union jobs. 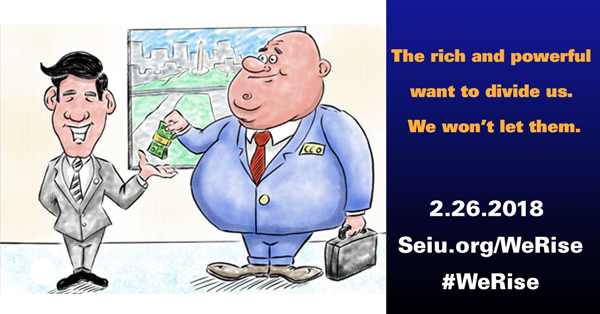 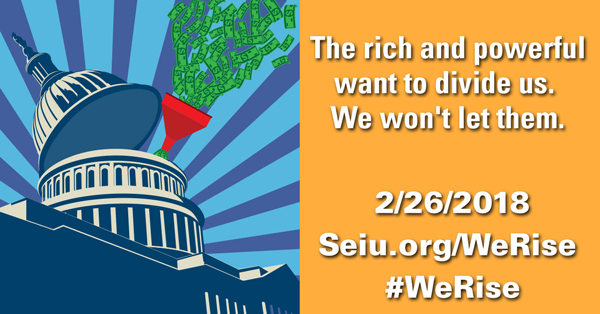 This is the time to show anti-worker extremists that we are stronger together. http://bit.ly/2swBKNI #WeRise 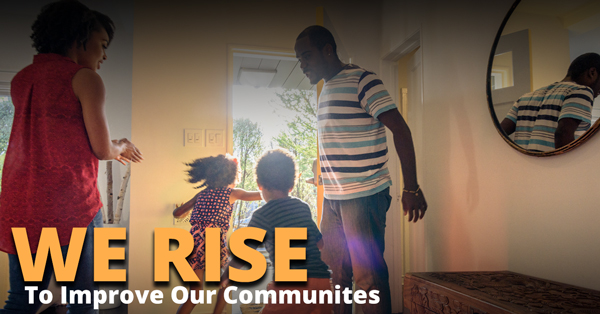 2/26/2018 #WeRise! Join thousands of workers, like you, as we fight for the good, union jobs our communities need. http://bit.ly/2swBKNI

Can’t make it to one of the big actions on February 26th? Don’t worry, you can still join thousands of workers as #WeRise up for the good, union jobs our communities need.