My life as as a "work zombie."

"I Didn't Prepare for Retirement."

Lynette Manteau of Philadelphia describes herself as a "work zombie"--not only because of her workload as an entrepreneur but her inability to retire.

"At 68, I work in my store six days a week, eight hours a day. In order to stock my store [she makes soap and skin-care products], I work an average of three hours a day manufacturing. I am tired, but I have to eat and pay bills," she says.

Like many Americans, Manteau was woefully unprepared for her retirement years. Earning a master's degree in sociology later in life, she found it difficult to secure a job that she enjoyed.

"I thought I would work hard until I couldn't work anymore and rest on Social Security," she said.

"I'm in an industry where the economy is sluggish. Without Social Security, I wouldn't be able to pay my bills. Without it, I would have to rent a room somewhere and give up manufacturing. It's not a choice that I would want to make," says Manteau.

She's concerned about how the Chained Consumer Price Index (CPI) and other measures being discussed on Capitol Hill will affect today's retirees and future generations. According to Social Security Works, an average American worker who retired in 2011 at 65 can expect to lose $6,000 in benefits over 15 years under the Chained CPI formula.

Her message to lawmakers would be to make America's corporations and the wealthiest 1% pay their fair share of taxes, so we can improve benefits instead of cutting them.

A cost-of-living adjustment like the CPI-E, which more closely tracks the actual living costs of retirees, would mean Manteau wouldn't have to fear her retirement. "If we had a cost-of-living adjustment, I wouldn't be afraid of eviction; I would have the groceries I need, said Manteau. "I would be able to go to the doctor for cancer screenings; Medicare only pays 80 percent. With more money, I wouldn't have to worry about any of those things." 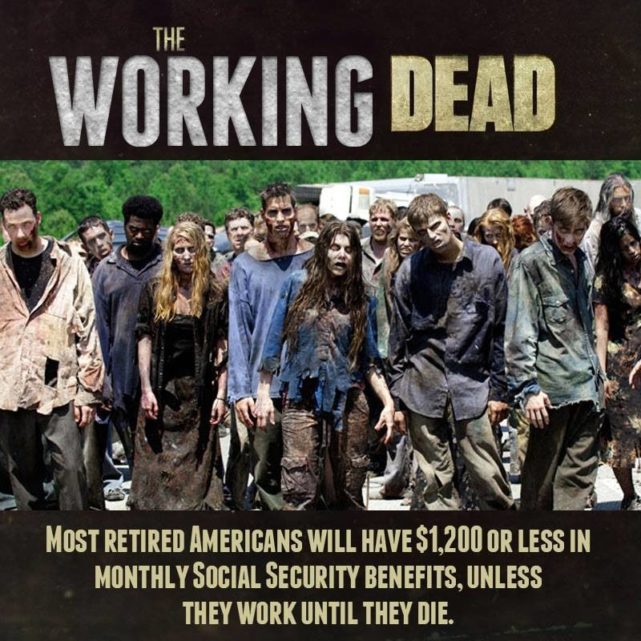