Hillary Clinton is part of our movement

I’m supporting her because she’ll support us

Wow! It was incredible seeing Hillary Clinton fire up the Orlando crowd with some fellow SEIU members, especially because she got everybody fired up about the issues that are so important to me and to all of us – raising wages by creating good jobs, creating a path to citizenship for immigrant families, making child care affordable, and protecting the Affordable Care Act for people who need health insurance. 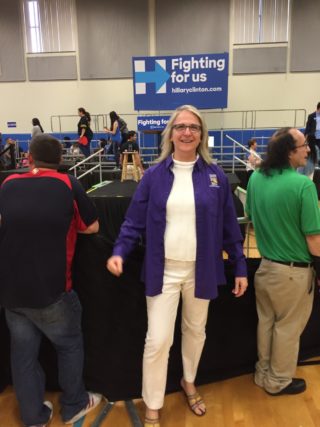 I’ve been a longtime Hillary Clinton supporter because I know she is concerned about people like us. And she knows how to go about doing things that help people in concrete ways. It’s not easy. As an older woman, my struggles are her struggle. I’ve felt the prejudice and double standards that you experience as a woman leader and like her have overcome them over and over again. She’s consistently stood up for what she believes in and knows how to win.

As Hillary Clinton said to the crowd, “We are a nation of immigrants and we need to understand and support it” and “that means keeping immigrant families together, a real path to citizenship.”

I support the Fight for $15 because I see people around me that are working for wages that they can’t live off. They need to rely on government support. I’ve also seen how employers change hours to avoid paying people what they truly deserve 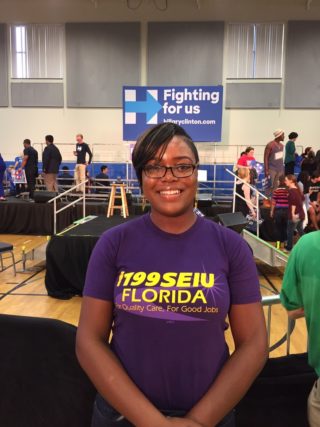 My mother is on Social Security and requires care. While the major Republican candidates for president are talking about slashing it, Hillary Clinton wants to defend and protect Social Security. And there are millions more just like my mom who can’t afford the trickle down policies that should have failed time and time again, except where they’ve succeeded in doing more for the already wealthy.

As Hillary Clinton told us today, “I want everybody to not only believe in the promise of America but to work to achieve it.” 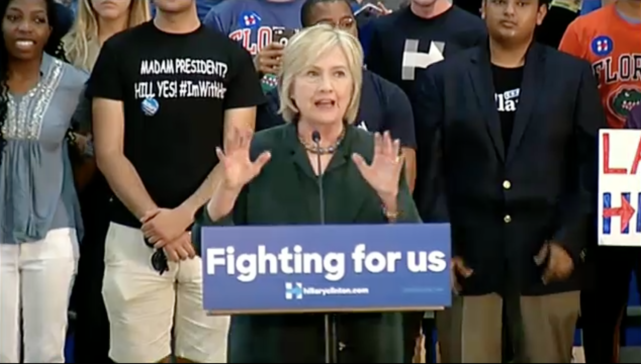