BREAKING: 8 million people get to keep their healthcare!

As a registered nurse, I see the benefits every day.

Extremists in Congress tried to take away affordable healthcare from 8 million people with a bogus lawsuit, King v. Burwell, but the Supreme Court just handed down their decision: NO.

Despite the Court's ruling, Republicans won't be giving up their campaign to repeal Obamcare anytime soon. Let's put a stop to extremist attempts to tear down this law today.

Call 855-728-5215 right now to tell Republicans in Congress it's time to stop playing politics. Obamacare is working and it's time to move forward. 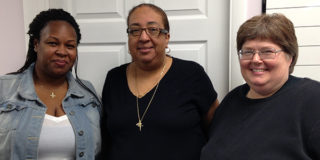 The Court's ruling is great news for the 16+ million Americans who have quality, affordable insurance today because of the healthcare law. But opponents of the law aren'tstopping. In fact, Republicans in Congress and all the Republican presidential candidates have vowed to repeal Obamacare. It's enough already!

Republicans should stop trying to take away healthcare from people like Claudette Newsome of Houston, Texas. After Claudette's husband passed away from an illness that forced the family into bankruptcy, she wanted nothing more than to stay healthy for her two young daughters. Thanks to the Obamacare tax credit she receives, Claudette's been able to afford insurance for her whole family, while continuing to pay back her student loans from the classes she's taken to further her career.

Because the Supreme Court made the right decision today, Claudette will get to keep her healthcare.

Despite the relentless attacks by right-wing Republicans, Obamacare has been a huge success.

As a registered nurse, I see firsthand the benefits of the law every day: more Americans have health coverage than any time on record, people can no longer be dropped by an insurance company because of a pre-existing condition like asthma or high blood pressure, women can no longer be charged more for their coverage and 137 million people are benefiting from preventive care.

855-728-5215: Make the call today to tell your Republican Senator that enough is enough! Tell the staffer you speak with that the healthcare law is working and it's time to stop trying to take away affordable healthcare. Don't repeal Obamacare.