Because of our union, my co-workers and I were able to reform our state’s child welfare system.

The Friedrichs decision threatens to cripple efforts like these.

By: by Peter MacKinnon

By: by Peter MacKinnon

I am a social worker and child protective supervisor with the Massachusetts Department of Children and Families and a proud member of SEIU Local 509.

This weekend, I’ll be traveling to Washington, D.C., to stand outside the Supreme Court as they hear arguments in Friedrichs v. California Teachers Association. This case, brought to the courts by wealthy special interests, would undermine the ability of people like me to fight for what’s right though our collective voice in a union.

Let me tell you how we have fought for what’s right. 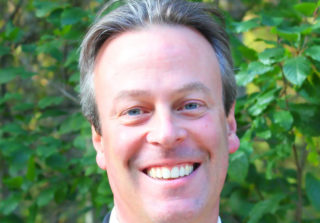 Two years ago, the child welfare system in Massachusetts was in turmoil. Social workers faced a caseload crisis unlike any other. Tragedies involving children suffering abuse and neglect were constantly in the headlines, and the public had no faith that the child welfare system could keep kids safe. I knew something had to be done, so my union brothers and sisters and I began to organize.

We knew that the only way to change the system in Massachusetts was to come together, with one voice, and call attention to what those of us in the front lines had known for years –we were working in an outdated, ill-equipped, and underfunded system that simply did not have the resources to keep kids safe.

We began talking to anyone who would listen – the press, politicians, the public – about what needed to be fixed in the system to keep kids safe: more manageable caseloads, better technology, and increased funding. During state House hearings, rallies and other press events we talked about our desire to keep kids safe. And we kept at it.

As a result, we were able to achieve several key reforms in Massachusetts. Front-line social workers and supervisors now use mobile technology to help with child protective work in the field. We also negotiated a new agreement that brings Massachusetts in line with national standards for safe caseloads. And we worked side-by-side with a Republican governor to write new policies and made the state a leader in the best practices in child welfare.

We did this not for ourselves, but for those with whom we work. We did this because it was right, and were able to achieve so much because we had an organization that gave us that voice – our union.

Without that voice, without our union, this change would not be possible — which brings us to Monday, and the Supreme Court, and the Friedrichs case.

Unfortunately, there are those who aren’t comfortable with working men and women having such a powerful voice. They don't want anyone to stand in the way of their ability to game the tax system, push down pay and pass the buck to working families. That’s why big corporations and the wealthy few are driving lawsuits like Friedrichs to make it harder for people to join together and form unions.

And that’s why I felt I had to come to Washington to rally in front of the Supreme Court to help spread the word about what is really going on in this case. My union brothers and sisters and I will keep taking action in the streets, in our workplaces and at the ballot box to stand against efforts like these that seek to deprive us of a fair shot at a secure future and the chance to improve both our jobs and the services we provide.