Hitting the Doors with SEIU’s Heroes for Hillary

When we doorknock - we win! 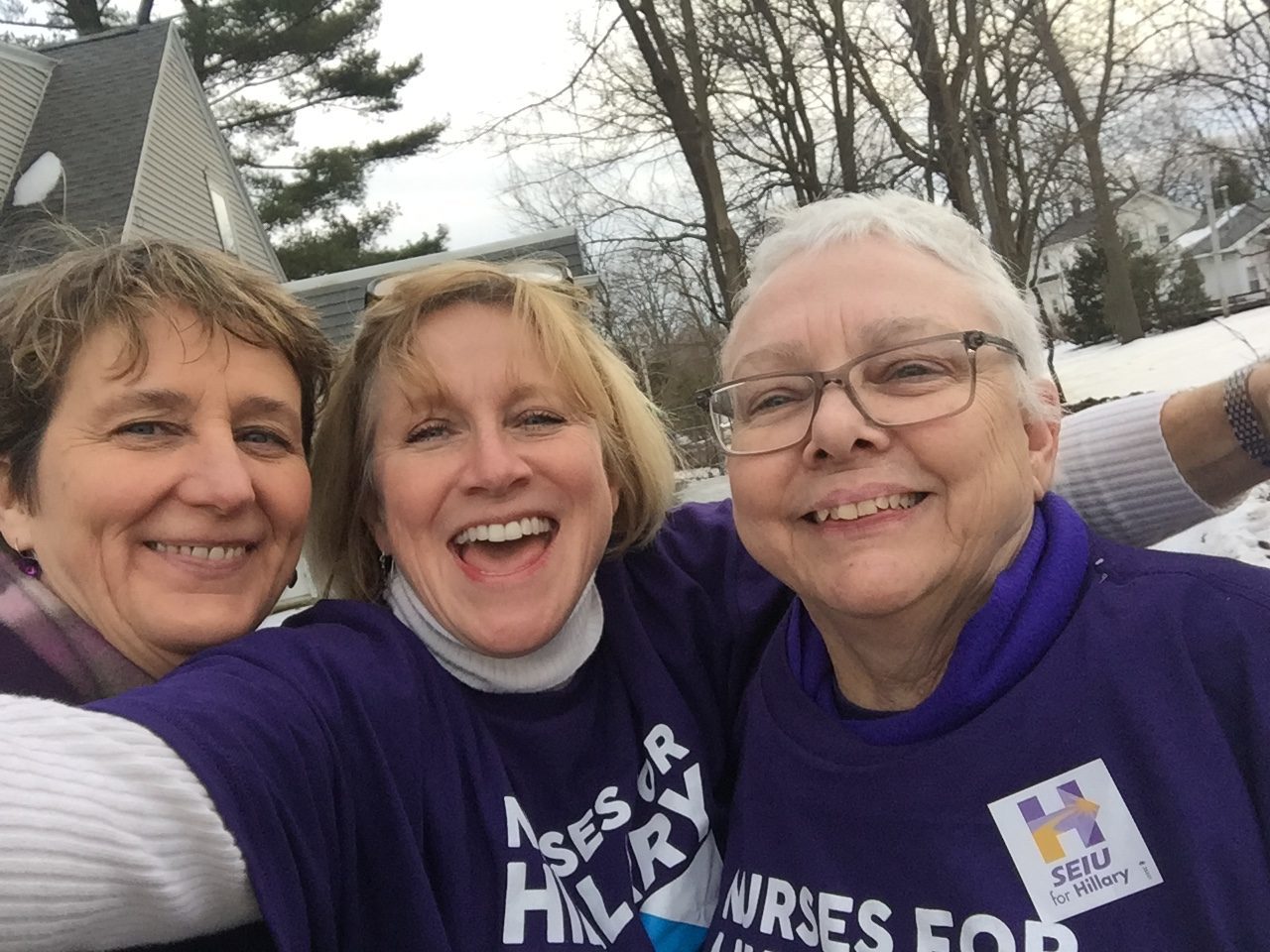 Less than two days before the first-in-nation caucus in Iowa will set our nation on a path to choosing our next president at a time when the stakes for working families couldn’t be higher, SEIU members from across the country continue to inspire me as we campaign together across Iowa and New Hampshire. Over a hundred members in Cedar Rapids put their day-to-day life aside to hit the doors and encourage Iowans to get out and caucus Monday night for Hillary Clinton because they know that is what it will take to continue building our movement into an unstoppable force for change for all families.

Our SEIU family is on fire to elect Hillary Clinton the next President of the United States. I began my day by, surprising our superstar volunteers who came to join SEIU Iowa members from all over the Midwest including from SEIU Healthcare Illinois Indiana Missouri Kansas, Local 1, Healthcare Michigan, 1199WV/KY/OH, Healthcare Minnesota, Workers United Chicago Midwest Regional Joint Board, Memphis Home Care Fight for $15, Locals 73, 284, and 517M.

Lynda Harper, a fearless leader from SEIU Healthcare Illinois/Indiana, presented me with two wonderful “bedazzled” t-shirts, an SEIU HCII shirt and an SEIU for Hillary shirt which became my special Get-Out-the-Caucus shirt.

It was incredible to hear from 1199WKO members, who have been here since Tuesday helping recruit Iowa volunteers, about how thrilled they were to  participate a few weeks ago at the Fight for $15 strike in Charleston, South Carolina and to be  here in Iowa now to begin our fight to the ballot box to elect the President that will fight, deliver, and win for working families..

I had the pleasure to greet SEIU Healthcare Michigan volunteers who I've known since my nursing home organizing days in 1993!
I was filled with incredible pride to stand alongside SEIU Iowa President Cathy Glasson, who was jumping for joy to have 160 SEIU volunteers blanketing the state to win the caucus for Clinton.

With one united voice we revved ourselves up for doorknocking at the Hillary for America office with the chant:

When we doorknock - we win!

When we turnout Iowa Caucus Hillary voters - we win!

Our SEIU Iowa 199 members expressed their deep gratitude  to their brothers and sisters from across the country with a giant “Thank You” sign to the SEIU members who traveled to Iowa to help us make a difference.

I spoke with Tim Martens and Dan Paar from the Dubuque schools who have been custodians for ten years. I thanked them for their public service and the difference they have made in children's lives each day. They appreciated that I understood how valuable their work is and  shared with them that though custodians and janitors are the subject of a jokes in some movies, having strength in the union and electing Hillary Clinton are the ways we turn that around.

Tim shared with me what he has been telling his neighbors about why he supports Hillary, “she knows hard work - you can see from her life; she knows how to stay strong in a fight and not back down; and she stands for our values by respecting everyone and fighting for the dignity of work.” I was incredibly humbled and invigorated when he told me he drove an hour and a half to meet me so he could thank me in person for my leadership in the Fight for $15 and a Union because  he said “it is important to make unions strong again.”

I had an amazing day filled with conversations like the one with Tim. All throughout the day I met with inspiring people. Local 1 member leaders and I stood together talking about the pride they had in filling up vans and getting janitors together for Hillary Clinton. A Head Start teacher named Sara from Local 199 in Cedar Rapids talked about how she thinks Hillary  "Gets Us." She has heard her speak to the vicious cycle that parents get trapped in when a car breaks down and everything they've done unravels in an instant because they can't get to work, lose income and their child care eligibility is threatened. Sara sees the childcare fight for $15 and a union and the election of Hillary Clinton as two key ways to address the problems hardworking parents face to build a better future for their kids.

We ended the day at a rally for Hillary at Washington High School. It was great to see former President Bill Clinton rallying the troops. He told us “we need a President that will stand her ground but also make common ground.” And Hillary was so strong and confident. “I say what I mean and I do what I say,” she told the crowd, many who were holding signs that read “I’m with her.”

I had the chance to meet with Hillary and Bill before the rally. I hugged Hillary on behalf of all our member leader volunteers and told her we were out in force to get-out-the-caucus for her in Cedar Rapids. She has shown her support for  airport workers, home care workers child care providers, and fast food workers fighting for a better future because she believes that everyone who works hard should be able to provide for their families. I know she will fight, win, and deliver for working families.

It’s been an amazing weekend in Cedar Rapids. As we move through Iowa we stand in solidarity with our brothers and sisters from SEIU 32BJ and 1199 Healthcare Pennsylvania who are out knocking doors in New Hampshire getting-out-the-vote for Hillary ahead of the primary there next week.

I am so proud to be able to get out into the streets with our SEIU members knocking on doors to advance the issues that working families need to get ahead and to deliver President Hillary Clinton to the White House to win a democracy and economy that work for everyone.