Former security officers from Security Industry Specialists (SIS) were among those speaking out for greater accountability, as City Council debated granting Amazon access to a public alley for its newest Seattle development project.

Amazon contracts with SIS for security at its headquarters campus, yet SIS officers are provided very little real security themselves. 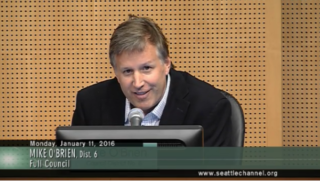 “It was very frustrating working with supervisors, watch commanders, and other employees, because they didn’t have a union,” said former SIS security officer Ifrah Wehliye. “We don’t get the time to speak up for ourselves. Everyone there is afraid of what’s going to happen if we do speak up.”

“[SIS] is the kind of company that, the way they’re behaving now, should have no place in Seattle,” said Councilmember Mike O’Brien. “I think Amazon can do better when they hold their subcontractors accountable.”

O’Brien went on to vow to work on a new definition of public benefits, saying that “…a city that’s becoming a city of tech workers can also be one that supports those that serve them their coffee, and manage their office buildings.”

Security officers are sure to be in the mix as these discussions move forward in the coming months.

Read more from The Seattle Times, Seattle Weekly, and Geekwire.