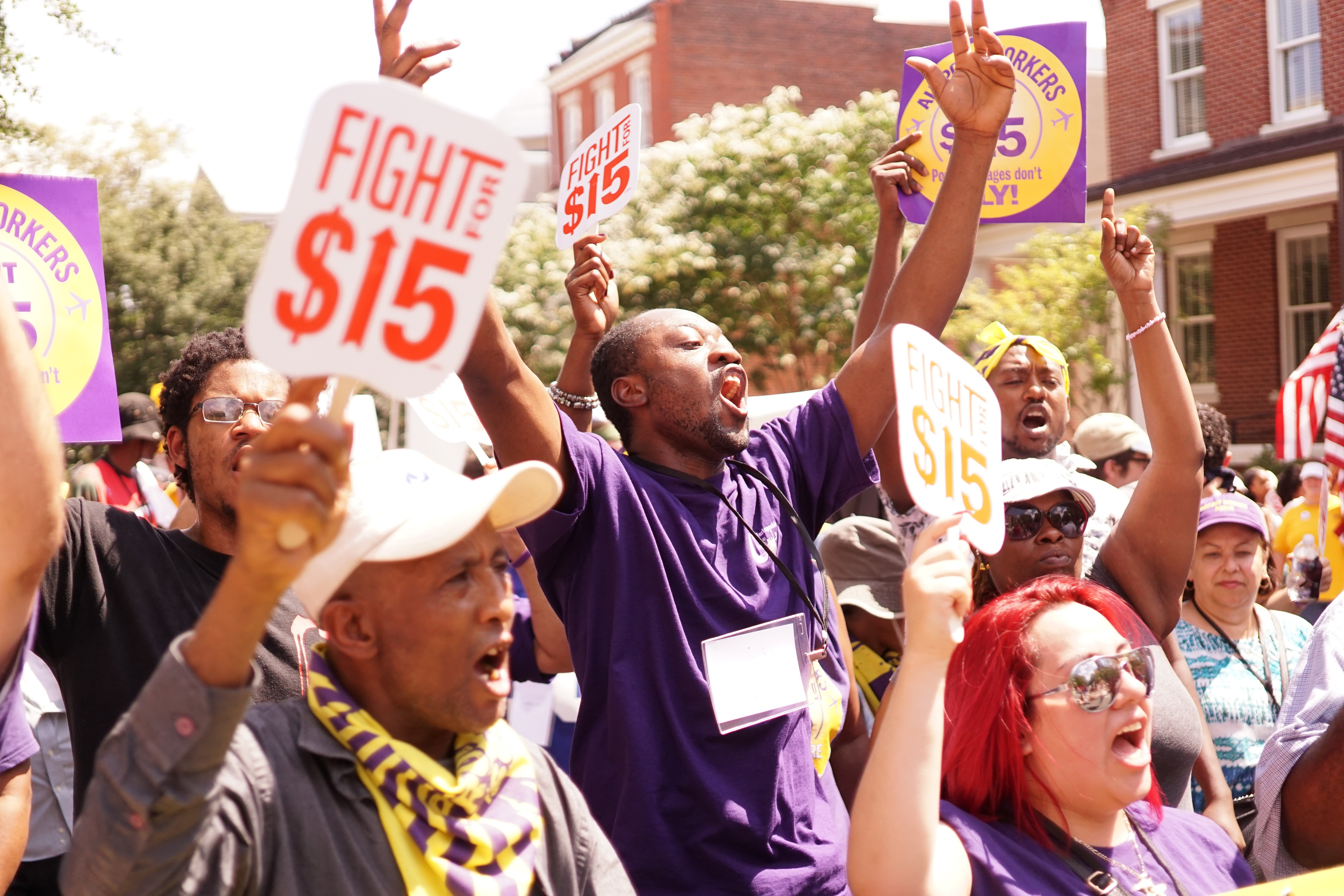 I work in the United Airlines terminal as a baggage handler at O’Hare Airport in Chicago. Not too long ago, the people doing my job made $22 an hour. Then United outsourced the jobs to Prospect.

I live with my family. I help pay the bills and put food on the table. At 21 years old, I already handle more responsibility than a lot of people do in a lifetime.

My aunt and grandma also work at O’Hare. All three of us are underpaid. We’re tired of struggling just to get by.

The worst part is that we don’t get health benefits. When I was injured on the job, I had to pay for most of my treatment out of my own pocket.

That’s why I’m standing with my coworkers. Like airport workers across the country, we’re fighting for $15 and union rights.

On Martin Luther King, Jr. Day I was arrested for blocking the street outside United Airlines’ headquarters in Chicago—an act of nonviolent civil disobedience. This spring, I joined my coworkers on an unfair labor practice strike to protest the retaliation we faced for coming together for $15 and union rights.

Chicago is an expensive place to live. Fifteen dollars—at least—is what we need to live our lives.

We know the money is there. Our jobs used to be good jobs. We’re pumping huge profits into United—but we’re barely making enough to make ends meet.

We are not going to stop until airlines step up and make our airports good for our communities again.