Millennials want to retire too

I’m standing together with other Millennials across the country to fight for retirement security.

Most people don't believe Millennials think about their future especially when it comes to retirement. But I’m a Millennial who not only thinks about it; I'm angry about it.

There are people out there who want to take away my generation’s ability to speak up for ourselves. These same people want to make it harder for Millennials, like myself, to save for retirement. 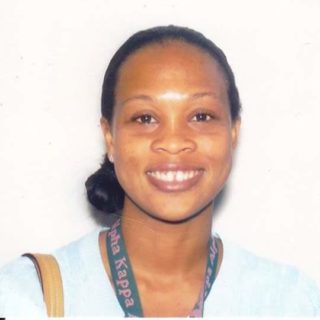 Retirement security is an issue that has always been important to me. In fact, it's one of the reasons why I chose a career in the public sector.

Growing up, I watched my grandmother drive buses for the Southern California Rapid Transit District also known as the Metro in Los Angeles. It wasn’t a glamourous job, but she retired with a pension that allowed her to live with dignity.

When I graduated from college, I chose to work in the public sector too instead of taking a job on Wall Street with my friends. I decided to take this path because I knew there’s power in serving others and that I would be a part of a greater movement of people creating change in the workplace and their communities.  I also knew this job would provide decent pay and modest retirement benefits. Eight years later, I worry that I won't be as blessed as my grandmother.

I want to be able to live not just survive in my elder years. However, my retirement plan has become a constant target for pension critics, billionaire extremists and anti-public sector ideologues, including investment banker Pete Peterson and former Enron boss John Arnold, who want to keep people working longer and poorer. After spending years chipping away at their own employee pay and compensation packages, wealthy CEOs have joined with these special interests to fund aggressive campaigns to dismantle public pension systems and Social Security.

From 2007 through 2011, Peterson personally contributed at least $458 million to his foundation’s campaign pushing for Social Security, Medicare and Medicaid cuts. And Arnold has spent up to $50 million on a nationwide campaign targeting public pension benefits.

These well-funded efforts only benefit the extremely rich, disrespects everything my grandmother’s generation fought for, and honestly scares me. All of my personal wealth (which isn’t much) is tied into my house. I also have student loans and other expenses that don’t allow me to do as much financial planning as experts recommend. If I didn’t have access to a retirement plan at work, I don’t know how I would be able to save for my future.

That’s why I’m standing together with other Millennials across the country to fight for retirement security. Far too many of my peers don’t have access to a retirement plan at all.

Everyone knows that one key to a secure retirement is to start early. But my generation started our working lives in a bad economy and saddled with student debt. A 2015 study found that even 34% of millennials with annual household income above $75,000 doubt they will be able to repay their student loans. We are already behind, and the extremists want to hold us back further. According to the National Institute on Retirement Security, more than half of households led by Americans 25 to 34 don’t have retirement assets.

These campaigns to destroy what’s left of America’s three-legged stool of retirement also anger me because I know a handful of billionaires are lying to the general public, especially young people about Social Security, pensions and the people who count on them for retirement. Just because someone like Peterson and Arnold has the money to share their philosophies several times a day doesn’t make it true.

The people talking about “making America great again” are the same people trying to tear it down.

I want Millennials to join me in this fight because it’s time for us to stand together and let policymakers know our generation cares about retirement too. We can’t let billionaires continue to use lies, lawsuits and lobbyists to make it harder for people to retire with dignity after a lifetime of hard work and playing by the rules.

Ashley Brewer is a social worker living in Philadelphia.

Are you a Millennial who worries about retirement? Share your story! Together, we can tell lawmakers that our generation needs retirement security too.