If there's no retirement crisis, then why are so many older women poor?

That's the question many of us would like to ask a right-wing leader who earlier this year made the claim there is no retirement crisis looming over our country. 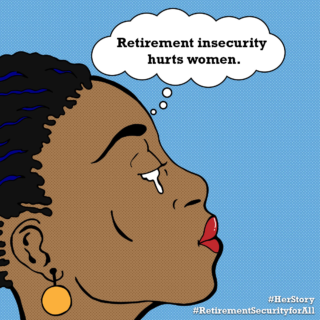 The Census Bureau’s latest poverty data shows 1 in 3 seniors 65 and older has an income below 200 percent of the poverty line. A new report for the National Institute on Retirement Security (NIRS) further proves the retirement security crisis is as real as climate change, especially for women.

According to NIRS, women are 80 percent more likely than men to live in poverty at age 65 and older. Also, women between ages 75 to 79 are three times more likely to be poor than men in the same age group.

To perpetuate the myth there’s no retirement crisis shows how right-wing ideologues and their wealthy corporate allies are out of touch with the everyday realities of working people such as Karmella Sams of Pennsylvania. 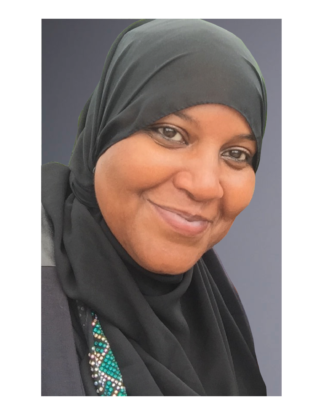 Karmella Sams is a welfare counselor in Pennsylvania.

Sams sees the harsh impact retirement insecurity has on older women every day as a welfare counselor.

“Many of them need considerable support in the form of SNAP benefits (food stamps), medical and heating assistance because they have very little retirement income. If they have any retirement assets, it's usually a small pension or a Social Security benefit of less than $1,500 each month,” says Sams.

Although she is happy to have a traditional pension plan, Sams still worries about her own future with constant talks of “pension reform” in her state.

“The fact that we keep getting these right-wing attacks leaves me not knowing what’s going to happen to me,” says Sams. “I could be that same person on the opposite side of my desk 10 years from now. As long as (retirement crisis skeptics) have that attitude, there’s going to always be an issue.”

In addition to being out of touch, denying America’s looming retirement crisis also shows wealthy corporate interest groups don't care about the problem they helped create.

After years of pushing down wages and chipping away at health and retirement packages for employees, many corporate moguls have joined with political ideologues to seek to dismantle Social Security. These attacks would hurt all working families but they would be especially hurtful to women.

Without Social Security, nearly half of all women aged 65 and older would be living in poverty. While it would be easy to continue to ignore these facts, we can’t afford for lawmakers to deny the retirement security crisis plaguing our mothers, grandmothers and other women.

Warm winters, unbearably hot summers and melting polar caps have taught us that ignoring a problem doesn't make it go away. It’s time to protect and expand Social Security.