Reflections on the Life of Mike Garcia

His legacy will live on in the hearts and minds of SEIU members everywhere. 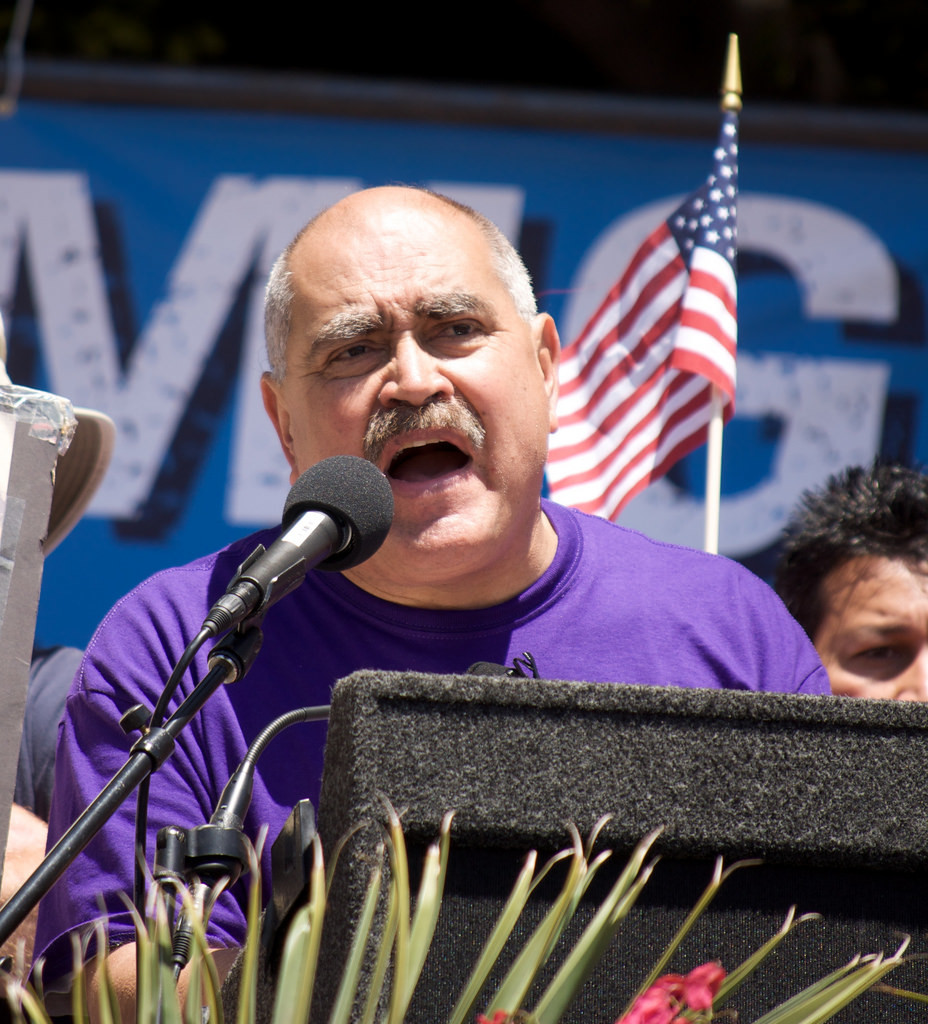 The SEIU family is deeply saddened by the loss of our brother Mike Garcia, who passed away yesterday.

Mike was a driving force in the Justice for Janitors movement, longtime president of SEIU 1877 and USWW, fellow Board member and strong national leader in our Union.

I've known Mike Garcia since the 80s. His drive and passion were ever present—holding a megaphone, in Hardy Hall at the 7th Street office in Los Angeles, but most especially when he was in the street leading a strike, march, civil disobedience—the times when I often saw a smile on his face and a glint in his eye. He led from an unshakeable belief of the power of people to prevail.

Mike led a historic strike in Los Angeles in 2000—with workers at 500 worksites walking off the job for three weeks—that restored the lost power to the janitors, and later used that power to win organizing rights for the janitors in Orange County.

I was working across the street at the Healthcare Action Campaign at that time and Mike and I would most often catch each other between 9-10pm in the parking lot to figure out how to support each other's organizing efforts.

I am blessed to have walked with and learned from Mike Garcia. The Union is better, bolder and stronger thanks to his tireless efforts and Sí Se Puede Leadership.

When I spoke to his wife Gloria last week about Mike's transition to hospice, I thanked her on behalf of our 2 million members for the sacrifices she and his children made for his leadership in our Union. We laughed about how Mike would tell us to "fasten our seat belts" because we were in for a wild ride. My heart goes out to Mike’s beloved family—his wife Gloria, daughters Suzanna and Estrella and son Henry and his grandchildren—and his brothers and sisters at USWW. The SEIU family grieves his loss with you.

Mike’s leadership, passion and dedication made SEIU a better, bolder and stronger union. His legacy will live on in the hearts and minds of SEIU members everywhere.

Share your reflections on Mike's life and legacy by clicking here.