A sense of peace is the most important thing for those of us who escaped war zones.

When I see what’s happening in Syria, I can relate. It happened to me.

I was born in Mogadishu, Somalia. It was a beautiful place.

When I was little, playing soccer was my favorite thing to do. On Friday afternoon, we’d come home from school and start playing with the neighbors right away. Here in the U.S. people are more afraid to let their kids play outside, but back home our parents never had that fear. We could play with the neighbors. 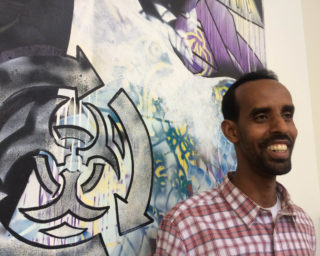 But in just one week, everything changed. I was only six years old, but I still remember so clearly. I can still picture our house. Where I used to go to school, and the street where I would walk back home.

One by one, the houses were empty.

My mom said he left.

The whole city was like a ghost town. There were just a few people in the street, and those people were running. I didn’t know where they were going. None of the stores were open.

The first time we left home, we went and stayed with our relatives. We only stayed there a few days. When we came back, we walked about two miles. I was only six, so I don’t remember everything about that part. One thing I do know, though, is that when we got back, I was hungrier than I had ever been before.

When Somalia was peaceful, Mom used to cook, and we never wanted to stop playing to go eat when she called us. She would have to force me to eat, and threaten not to let me play outside. But the day we got back, I was standing there holding my dish, ready to eat. She said, “Wait! I’m not done cooking yet!” We were all standing there like that, with our bowls in our hands.

When we left home for good, I wasn’t wearing my shoes.

Mom told me we had to leave right now. She didn’t even close the door. I asked her why she left it open, and all she said was “I don’t care.”

Once we’d been walking for a while, she looked down at my feet and realized I hadn’t put my shoes on. But it was too late.

Now when I see what’s happening in Syria I can relate. I’ve seen this. It happened to me.

When I hear the sound of the guns on the TV, I know what that feels like.

Sometimes I had to hide underneath the bed at night. As a six-year-old, I didn’t believe I could sleep on top of the bed and be safe.

The refugee camp was safer, but sometimes life was too hard there. I’d ask my mom when we were going back. She couldn’t explain because I was so little.

I missed three years of school, from age six to age nine. At first, no one could even think about starting a school in the refugee camp.

We lived in tents, and shared mattresses on the ground. There was no water. We had to walk to the public tap and carry it back in a 20-liter plastic jug. I couldn’t carry it. If none of my brothers were there, I’d ask someone to put it down for me, and roll it, kicking it with my feet for half a mile. We were lucky. Since we arrived first, we were closest to the water. Other people had to walk for miles for water. It was a serious problem.

Back in Mogadishu, Mohamed and I had started school on the same day. He was my neighbor and best friend.

One day, when I was 13, I saw Mohamed’s mother crying, while pushing her baby in the stroller. I asked my mom what happened, and she said that Mohamed had died. I didn’t understand what death was.

His brother—we used to call him Rambo—he was very small, younger than me. But he was the one that explained to me that his brother got sick and died from dehydration.

We were in a no man’s land, between Somalia and Kenya. It was so hot. There was no water.

I lost my dad, too. I’ll never forget that.

When my mom told me that he’d died back in Somalia, I was 14. I didn’t understand why anyone would have killed him.

He wasn’t the only one in our family who was shot.

In 1991, my uncle was walking on the street in Mogadishu and a bullet hit his spinal cord. He’s still paralyzed from the waist down. My brothers, my mom, my aunt and I all used to help him use his wheelchair in the camp.

We lived in limbo in Kenya for 12 years.

We finally got to the United States when I was 18. We moved to Columbus, where my uncle lived.

The most surprising thing was the peace.

I didn’t see anything unsafe. I felt safe. Everything was beautiful. The lights and water in the house never went away.

On my first day of high school, I was scared, walking slowly down the hall, when someone called my name. It was Mohamed Hassan, who recognized me from Nairobi. He had gotten to Columbus two months ahead of me. We weren’t friends in Kenya, but he welcomed me, showed me my locker, ate lunch with me, and explained things to me. I used to help him, too, because he didn’t know English yet, and he was struggling in school. He didn’t have a family.

We helped each other get our driver’s licenses, and got our first jobs together, working in a Target store on Saturdays and Sundays.

My teachers welcomed me, too. I still remember how good it felt when Ms. Hall told me, “This is your home.”

The hardest adjustment was the language. My classes had been taught in English in Kenya. So even though I wasn’t fluent, I was the family translator. I had to help my parents with appointments, grocery shopping, and read letters and documents for them.

I finally felt like I was in the right place when I won a huge scholarship in my last year of high school—for $3,000 per semester! I had written out the application, but there were so many people, and I thought all the other students were smarter than I was. I was amazed.

Now I have a degree in human services, and my life is stable here in the U.S.

It’s the little things: You can go to school, be outside, go to work, and feel a sense of peace. You can be whatever you want to be.

That sense of peace is the most important thing for people who come from war zones. I understand what they’re going through and how they’re suffering.

Since I became a citizen, I vote in every election. I know that matters. 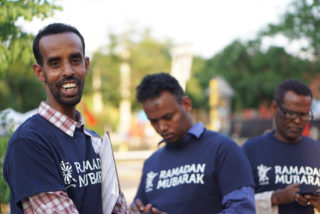 I also fight against every form of discrimination, with my community and with my union.

Freedom of the press, freedom of religion, and freedom of assembly. Those are the most important pieces of the U.S. Constitution. I will always fight to maintain those rights.

This weekend, we held a Unity Iftar celebration in Minneapolis. Check out pictures of our celebration. 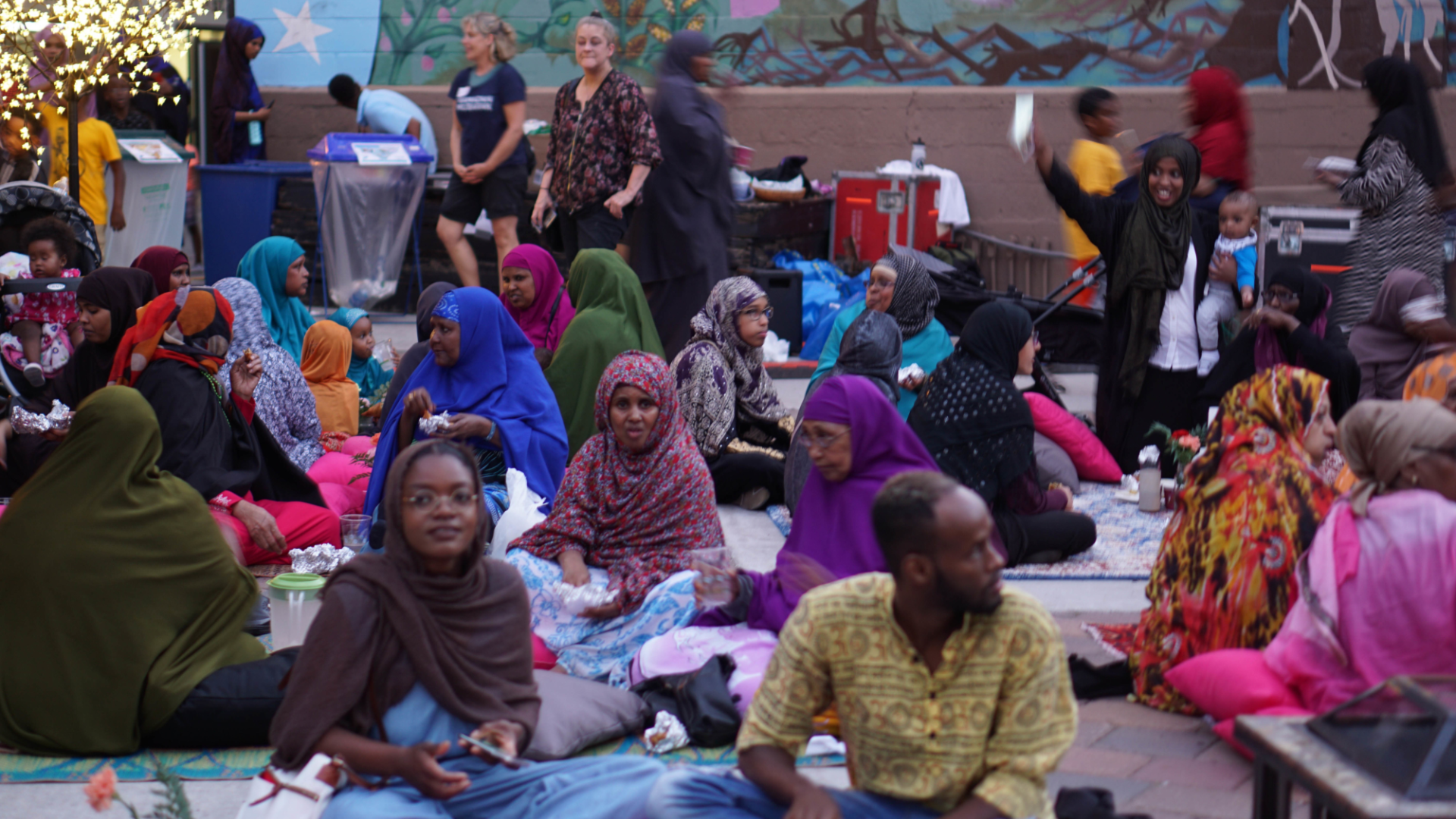