The numbers on jobs, insurance coverage and premiums reveal how devastating the AHCA would be to working people

Republican members of Congress who voted for the American Health Care Act (AHCA) say no one will be harmed or lose coverage under healthcare repeal, but information released by SEIU shows otherwise.

The numbers on jobs, insurance coverage and premiums reveal how devastating the AHCA would be to working people, in 17 swing states, and in competitive congressional districts where Republicans voted “yes” to pass along higher healthcare costs to the vast majority of Americans. Even worse, estimates from the Congressional Budget Office show Medicaid funding would be slashed by $834 billion under the AHCA. Now, doctors, nurses, home care workers and their consumers, are speaking out more forcefully than ever before on behalf of patients, their jobs and their lives.

“House Republicans are putting millions of their constituents’ lives at risk—including some of my patients,” said Jessica Edwards, a doctor from New Jersey, where 509,800 people would lose healthcare coverage under the AHCA. 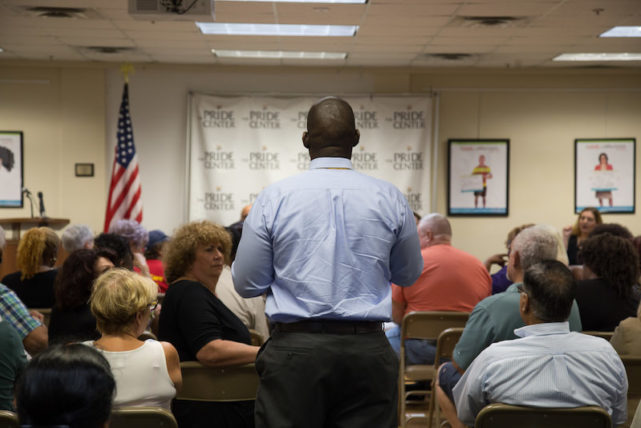 Since most home care services and nursing home care is funded through Medicaid, people such as Patricia Walker, a Tampa, Fla., home care worker, and Belinda Brewer, her consumer, face a real threat. “I heard someone on the news say the healthcare fight is back on. As far as I am concerned, the fight never ended. It’s an everyday fight, and we worry all the time about what will happen to us without Medicaid,” says Walker. “We worry about each other. I worry she won’t have anyone to help her take care of herself, and she worries that I will be out of a job.” In Florida alone, 1.2 million people could lose Medicaid coverage.

Working people with representatives on both sides of the aisle want a bipartisan solution that expands and improves healthcare and protects jobs. “I voted for President Trump, but I am beginning to regret my decision. I worry that the proposed bill would cause my son to lose his healthcare coverage,” says Dawn Ammon, a nursing home worker from California where 207,070 jobs are at risk.

SEIU members such as Lee Ann Howell, a nursing home LPN from Washington, Pa., could feel the feel brunt of the AHCA in two ways.

“As a nurse, I know cuts to Medicaid would dramatically affect the quality of care that I’m able to provide for my patients. Cuts will also affect the care that my 23-year-old son receives. He has a traumatic brain injury, and needs round-the-clock care. My 9-year-old son is autistic and receives weekly treatment. Without Medicaid, I wouldn’t be able to afford all the expenses for their coverage, for my family and myself,” says Howell.