Before President Trump even took office, SEIU members have been leading the resistance movement and fighting back in the face of unprecedented attacks on working people. We have slowed the effort to gut Medicaid and to take away affordable healthcare from millions of Americans; made strides in our Fight for $15 and a union; supported immigrant and refugee families; and marched in the streets to protect our communities against climate disaster.

Now, the Trump administration has put forward a budget proposal that shows it is not listening to working families. The Trump budget would set us back even further in order to pay for tax cuts for greedy corporations and a deportation force that would unfairly target immigrant communities.

Just as with the disastrous House healthcare repeal bill, this budget is a direct attack on the jobs and lives of working people and the nearly 1 in 5 Americans who count on Medicaid. SEIU healthcare workers care for people in their homes, battling mental illness, in hospitals and in nursing homes. This budget would seriously undermine their work by cutting funds for Medicaid and mental health services.

It's not just our healthcare system that's affected: Trump's budget cuts Social Security programs that help seniors and people with disabilities when they fall on hard times. It underfunds early education programs, resulting in tens of millions of dollars in cuts aimed at children. The budget also takes away food and housing assistance for vulnerable Americans, and undermines our public education system.

SEIU members—healthcare workers, immigrants, public servants and many more—will continue to raise our voices at town halls, in the media, with petitions to Congress, and rallies and protests against Trump’s devastating budget. We will bring that resistance in 2018, 2020 and beyond to any member of Congress who does not reject the mean-spirited proposals in Trump’s budget. 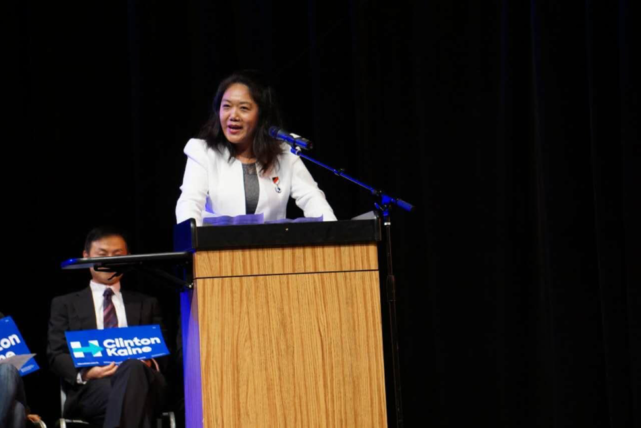 SEIU VA 512 member Becky Wang is a single mom with two sons; one of whom is severely autistic. She had to leave her job as an engineer a few years ago to care for him full time and relies on Medicaid for in-home care, medical treatments, and to pay home care workers in Leesburg, Va. With the Trump budget proposing such deep cuts to Medicaid, she would be unable to care for her son. The Trump budget takes away healthcare from children, seniors and people with disabilities, decimating Medicaid with cuts of $610 billion over 10 years, on top of the $1 trillion Medicaid cut in the House Republican healthcare bill.

SEIU Local 500 member Dee Dee McCaffrey, an administrative secretary at Diamond Elementary School in Montgomery County, Md., is struggling with the explosive cost of college tuition. Trump’s budget puts the dream of higher education out of reach for millions, including dedicated public servants, by stealing $3.9 billion from the Pell Grant reserve fund and freezes the maximum award so inflation will chip away at the program’s effectiveness. It eliminates the $700 million low-interest Perkins loans and begins to eliminate in-school subsidized loans for student borrowers while they’re still in college; shifting $27 billion in costs to students. Trump’s budget proposal also cuts federal work-study programs by almost half ($490 million), and eliminates the Public Service Loan Forgiveness program for faculty, social workers and others who dedicate their life to public service.

“I have been a single parent since 2003, working for the Montgomery County Health Department for five years and Montgomery County Public Schools for the past 13 years. After getting all four of my children through college, I have roughly $88,000 in parent loans. My current loan payments are $745 per month.

“I’ve timed the 10 years of required on-time payments to coincide with my retirement in 2027. I love my job and serving my community but without the Public Service Loan Forgiveness program, I couldn't afford a career in public education. I would never be able to retire. 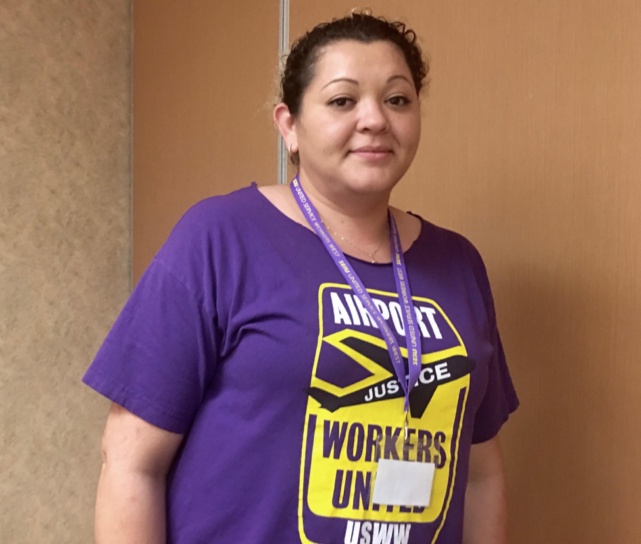 Trump’s budget would eliminate the current 23 percent reimbursement “bump” authorized by the Affordable Care Act; it would also cap eligibility for the Children’s Health Insurance Program at 250 percent of the federal poverty level (FPL). This would result in cuts for state CHIP programs, particularly in states that cover children with incomes above 250 percent FPL. Ana Espindola is a wheelchair attendant at Los Angeles International airport and SEIU shop steward.

“If the president took MediCal away, it means my 6- and 9-year-old daughters will go without healthcare for the next year. I've been working at my company for only two years and they don't offer family coverage until we have been there for three years. So I still have another 12 months before we could all be covered under a family plan. If my kids get sick in the next 12 months, that means I would have to pay for all of those costs out of pocket and I don’t see how I could afford anything like that. It's already hard enough as it is.”

SEIU members demand that members of Congress reject the president’s budget proposal. We will continue to stand with all working families to make our voices heard until the value of our work is matched by our wages, all working people have a say at work through a union, and every family and community can thrive