We weren’t able to come to the United States as refugees.

Maybe if we had, my mom and my brothers would still be alive.

I grew up out on a farm, in a rural part of Ethiopia. I grew up helping with the farm work, like everyone does there. 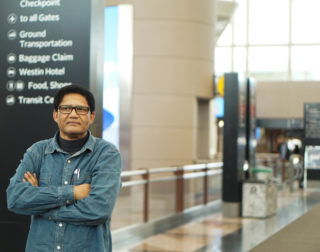 We had so many different kinds of crops: wheat, barley, flax, beans, and teff. We also raised cattle, and grew vegetables like onions, garlic, cabbage, carrots, and beets. The vegetables were mainly for the family to eat. We’d sell the other crops, to pay for imported fertilizers, or to buy salt, sugar, oil and coffee from the market. Ethiopia is a coffee-growing country. Everyone drinks coffee there!

My favorite thing about growing up on the farm was riding horses.

The family would send us to our uncles’ and aunts’ houses by horse to deliver a hand-written note. Sometimes as far as 60 miles away. Then we’d ride the same distance back!

The market to sell cattle was far away, too. We had to cross 60-some miles. Sometimes we’d ride horses, and sometimes we’d run on our feet!

It was very interesting, growing up in a rural area. I loved it.

People in the U.S. are surprised to hear that we were the only African country that wasn’t colonized. The Italians tried, but we stayed independent. We have our own languages, our own alphabet. There are more than 80 nations and nationalities within Ethiopia.

What people have heard is the hard stuff. The civil war, the drought, the starvation. The National Service—when  people were forced by the government to go to the war front, and you couldn’t refuse.

It happened to my family.

When the civil war started, I was still a teenager, but even I was selected for the military. Fortunately, I was sick. Because of that, I was saved from the National Service.

My aunts’ two children were taken by force from the house, and they died in the war.

My two brothers, Markam and Tarafa, were taken, too. 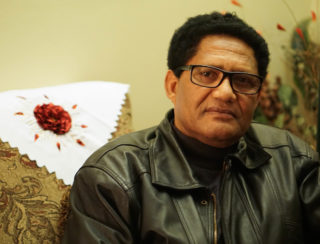 Markam must have died on the war front. We never know, still, where he is. The family told my mom to give up on him, but she never stopped looking for him, saying, “My son will come home.”

They took Tarafa from bed during the night, and my mom didn’t see him again until the war ended. He served for five years, and came home at age 21, when the military government was overthrown. But he came back with internal problems that never got better.

He had a bullet in his leg, but that wasn’t the worst part.

He would get so scared—his mental health was really bad after the war, and he died from that.

Between Tarafa’s mental health, and loosing Markam, all these problems weighed my mom down. She got depressed, always crying to remember what had happened to her sons, every time she saw another mother’s children. She was crying every time because of it. About nine years ago—after I had come to the United States—my mom passed away from the emotional pain.

Surviving all that was horrible, really. They took you by force. Mothers used to pray to God, “Please don’t give me a son.” Poor people would try to hide their sons in the closet, and rich people would send them out of the country to avoid the service.

At that time, no one was helping us.

We weren’t able to come to the United States as refugees. Maybe if we had, my mom and my brothers would still be alive.

When I finally came, I was an immigrant, not a refugee.

By then, I was a teacher in Addis Ababa. I used to drink coffee with a group of five other friends. We were always together. My friends brought me an application. It wasn’t my idea.

After I won the lottery for the U.S. diversity visa, they do background checks. Fingerprints. Medical tests, especially for diseases like HIV and tuberculosis, on everyone in the family. Then you do a full interview. The American government is very smart.

The day before I left was a Sunday. I was working the whole day, volunteering in my community. Saturday, too, I was busy!

My wife was ready to go; she had the kids ready. She thought I was joking—organizing people, teaching, helping people. But that’s just the way I am. 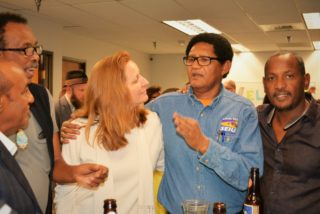 Here, too—I participate in different community activities here in Denver. I’m part of the City of Aurora Roundtable International. I’m on the Natural Helpers Committee—when people have problems, I direct them to the right place. Especially immigrants. There’s a training program and a certificate for what I do. I used to help with interpretation in court and medical settings for people who couldn’t afford to pay for translation.

I don’t work overtime. My extra time is my community. I’m very active in my union. I go to rallies, help with elections. My co-workers call me if they have a problem.

That is my satisfaction—to help people.

I’m proud to be part of my union.

Back home, I was a teacher’s representative. We have 24,000 teachers in our union. Having a union is a huge advantage.

I worked in four different non-union jobs before this company, where we have a union. It makes such a difference! Now we get a raise every year. We won sick pay, we won vacation, FMLA, leave of absence. We can’t be fired without a reason.

All American employees, from the smallest to the biggest, I encourage you to form a union.

Now my co-workers and my union are like my family. We take care of each other. All the board members respect each other. Sometimes we argue, but we are like sisters and brothers. If an issue is really important, everyone works to bring the agenda in the best direction.

Our goal is always how to build power together in our union. 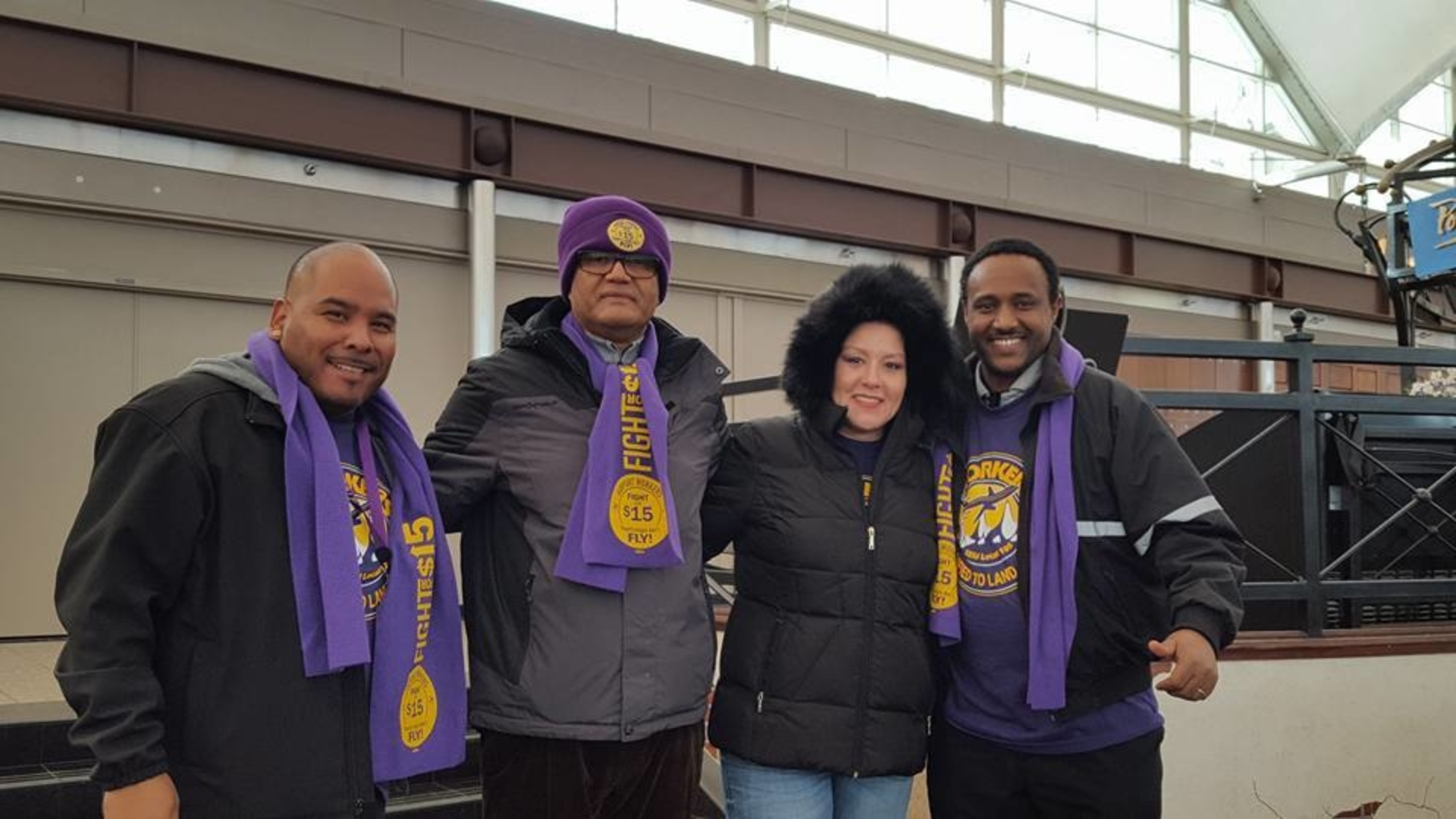