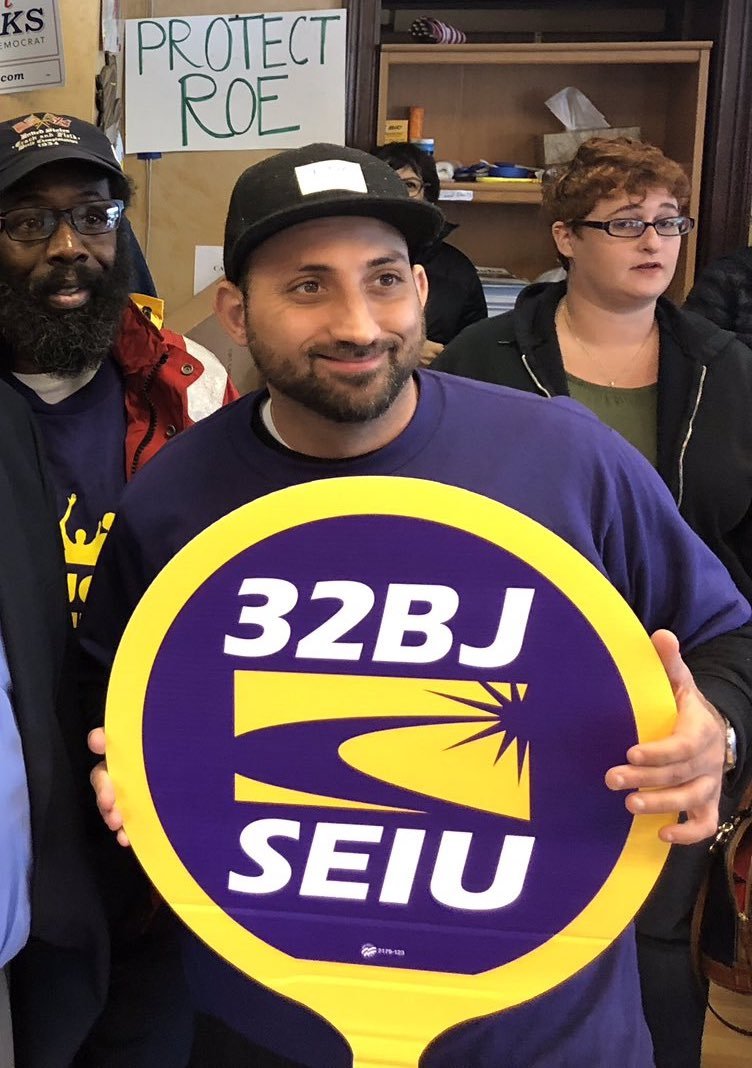 As of today, 7.8% of our members across the country have already cast their ballots in this election!

The road to reclaiming the House for working people goes through New York, and SEIU members are talking to infrequent voters across the state about what’s possible if we flip some of these seats–and what’s at stake if we don’t. Member leaders like Richard Iorio are making sure union members and nonunion workers alike have the information they need to vote on Election Day.

Before he joined a union, Richard used to worry that his life could fall apart in an instant. As soon as he got a job in maintenance at a large residential building in New York–and became an SEIU 32BJ member–it was like he “could finally breathe again” because he knew he could provide a good future for his family. That’s why Richard has been phone banking and canvassing his fellow union members for the past 6 weeks about this election; he remembers what it’s like to work hard but have no healthcare, job security, or union.

Richard believes that “numbers matter”, and when we use our strength in numbers, we can elect people who will stand up for our families. “Working people’s wages have been under attack for years and I’m watching politicians try to take away people’s healthcare,” he says. “I know that if some politicians have their way, our lives would change for the worse. Today this is affecting someone else, but tomorrow I know it could be me. So I have to be involved now. Together we can make a difference. I’ve seen it with my own eyes.”

Richard’s work, and the hard work all of us are doing every day, is making a difference. This is what democracy–and our union–is all about.