What’s the impact of the Fight for $15? Helping 22 million workers win $68 billion in raises 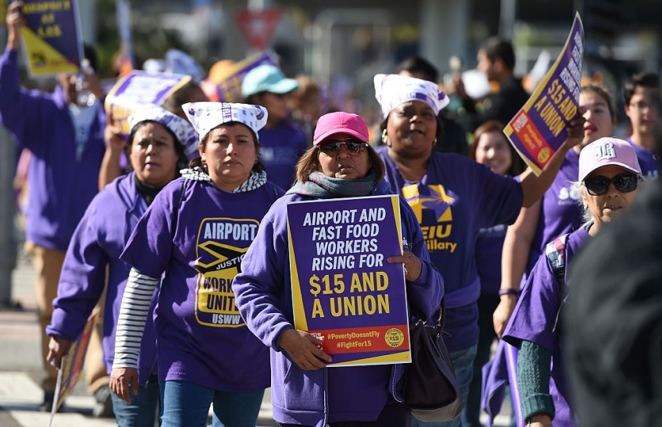 According to new analysis from the National Employment Law Project (NELP), the Fight for $15 and a Union has had an enormous effect on low-wage workers in this country since the movement began. Its new paper, which updates research conducted in 2016, indicates that the Fight for $15 has led to $68 billion in raises for 22 million workers.

To put these numbers in perspective consider:

Since its inception in New York City in 2012, the Fight for $15 has helped elevate the minimum wage and income inequality as issues of importance on the national level. The paper says that these issues are now part of the platform of one of the major political parties and lawmakers are planning to reintroduce a $15 federal minimum wage bill in the first week of the 116th Congress, both indications of the campaign’s reach.