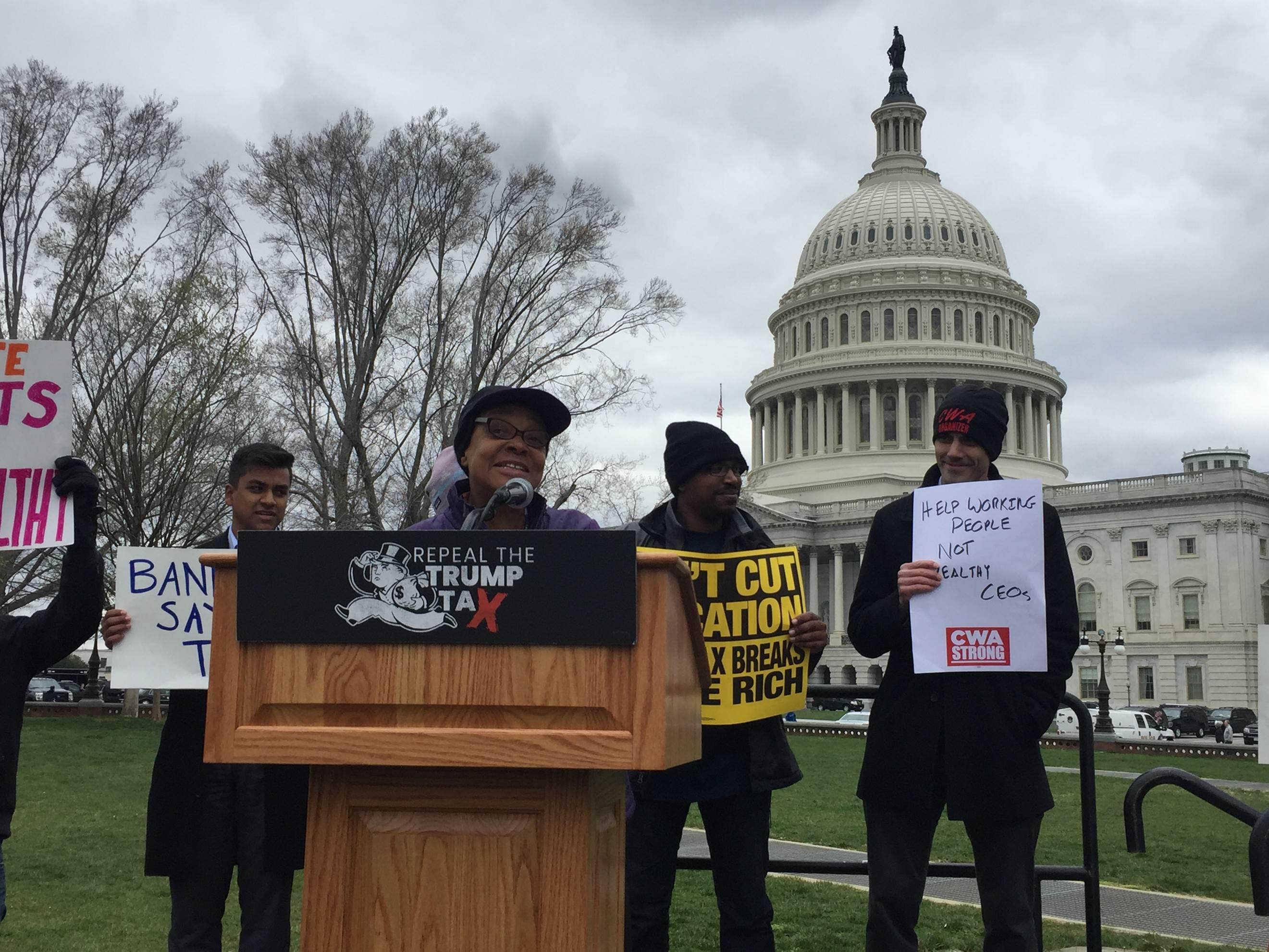 I have a question for President Trump and the Republicans who voted for his signature tax plan: What is your plan for the majority of Americans who are relying on the programs we invested in over our entire working lives to be there for us when we need them?

This law is nothing to be proud of and it’s no wonder that it is wildly unpopular. So unpopular, that I joined working people and elected officials in front of the Senate on Tax Day to let the world know that the Trump tax plan is a big business scam set to only benefit the President’s supporters.

I showed up to let the Republicans know that we’re holding them accountable this fall for forcing this new tax law through Congress.

We were told this new tax law would free corporations to raise wages and increase manufacturing jobs in America. In fact, this Trump Tax Scam makes it even more attractive for large corporations to locate operations and manufacturing abroad. This plan manages to rig the tax code even more for the richest Americans. How convenient for them…but devastating for working people like me.

I am 71 years old and I am sick and tired of the lies that corporate backed-lawmakers keep spreading about this tax plan. They plan to pay for these tax giveaways, and the mind-boggling spiraling deficits it will create, by cutting funding for my lifelines – Medicare, Medicaid and Social Security. Adding insult to injury, this plan will strip us of access to affordable healthcare and it raises healthcare costs for working families.

But I know we can beat their lies. I know that we have the power in numbers. I have been speaking out, marching, picketing and organizing since joining CORE – the Congress of Racial Equality at age 13.

Now, I’m continuing the fight for social and economic justice in many ways including raising awareness about this tax plan as a proud member of 32BJ SEIU.

The American people aren’t as dumb or as gullible as some politicians think we are. We are doing the math, we are reading the details and those raises the President promised hardworking Americans aren’t on our paychecks! And my union brothers and sisters are sharing with other American workers what we have figured out.

When people raise their voice together, they can make real change.

We can and will, defeat the Trump Tax.

Judith Howell works as a security officer keeping people safe in D.C. She is also a proud member of 32BJ of the Service Employees International Union (SEIU).