It’s time to invest in people; not corporations

History has shown us that it’s never a lost cause to invest in people. So why does Congress continue to invest in wealthy corporations at the expense of working families?

This is the question people working in social services are asking now as the U.S. Congress finalizes the Farm bill. 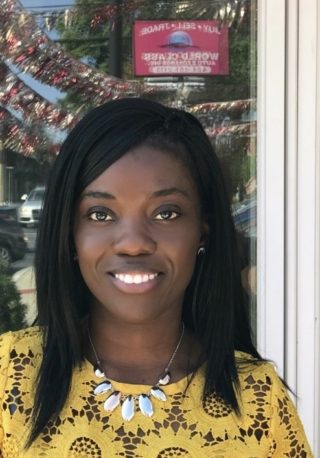 Right now Congress is considering two versions of the Farm Bill. One will make it harder for working people, including those I serve as an income maintenance casework supervisor in Pennsylvania, to put food on the table by slashing Supplemental Nutrition Assistance Program (SNAP) benefits. This version of the  Farm Bill also hurts my colleagues and I because it includes an amendment to privatize SNAP eligibility determination jobs.

Some members of Congress want to use false narratives and rhetoric to justify slashing  $17billion from critical food assistance programs and the other bad parts of this bill, but they’re wrong.

My clients aren’t “welfare queens”, they are mothers going back to school after securing affordable childcare. They are people who need help to become more self-sufficient. My clients also represent our communities’ most vulnerable citizens including the elderly, children and people with disabilities.

I enjoy being able to help someone get the assistance they need when they think that all hope is lost. However, I’m worried about what will happen to these families, as well as my own, if Congress passes a Farm Bill that makes it harder for struggling people to put food on the table and jeopardizes good jobs.

Privatizing SNAP eligibility determination jobs adds corporate interests to the SNAP program and leaves families vulnerable to not getting the nutrition assistance they need.When states have experimented with privatization in the past, the results have been disastrous. Eligible families were denied the food assistance they needed and taxpayer dollars were wasted.

Like most public servants, SNAP eligibility specialists are not rich but we earn enough to have a decent life. If our jobs became contracted positions, our lives would change drastically. We would no longer have life-long careers; we would just have jobs. We may even have to resort to the same SNAP benefits that we’re issuing.

After all, corporations are typically more concerned with their bottom line than the well-being of their employees or clients.

Just ask the men and women who work at our nation’s airports. When major airlines began to contract out porter, baggage handler, wheelchair attendant, cabin cleaner and other critical jobs it changed an entire industry.  These jobs used to be good jobs but now thanks to greedy, unscrupulous companies many airport workers are paid so little that many rely on public assistance.

We’ve seen how these men and women are now fighting for unions to make airports better for passengers and the people who work in them. We’re ready to do the same.

Today, I’m telling my representatives to reject any Farm Bill that makes cuts to SNAP and opens up the program to for-profit companies. It will not save budgets; it would put a greater strain on them by making it harder for working people to pay utilities and put food on the table.

Instead of passing a flawed Farm Bill, Congress should be doing more to ensure working people have access to good union jobs with benefits. A strong workforce benefits the economy. That sounds like a good investment to me.

Precious Bonney is a member of SEIU Local 668.