We Are Stronger Together 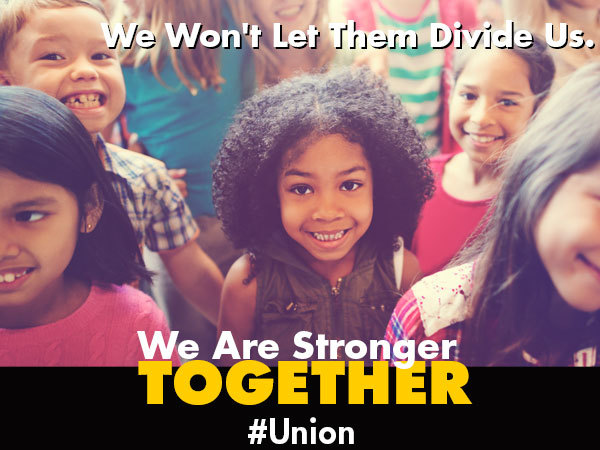 These are stressful times for those of us who believe in working together to make America a place where freedom is for everyone, no matter where we come from, what our color, or how much money we have.

Last Thursday was the fourth anniversary of the day that Michael Brown was killed in Ferguson, Missouri.

Over the weekend, a group of Nazis and other racists marched and rallied near the White House to mark the first anniversary of the day they attacked people in Charlottesville and murdered Heather Heyer, a brave woman who stood up for others.

Racists who deny and oppose the equal rights and freedoms of other Americans should not feel emboldened to march on our nation’s capital, even in small numbers. Politicians should not try to divide us by claiming that “both sides” are to blame for the violence. The fact that both happen is disturbing.

But I remain hopeful that most Americans agree that we can join together and stand up for each other. There are signs of change that show a way forward.

Last week SEIU members in St. Louis celebrated the election of Wesley Bell as the Democratic nominee to serve as Prosecutor for St. Louis County, Missouri. Members of our union endorsed and supported Bell because he pledged to bring about badly needed reforms and to build more trust and transparency in their justice system.

Change is badly needed in communities like Ferguson, where a Justice Department investigation found that working-class people of color have been unlawfully targeted, harassed and accused of violations that raise more revenue for the local government but do not serve justice for anyone.

Racism remains as a persistent threat to working families, and our communities, and our democracy. We must keep pushing back against the true culprits who hate and fear the creation of common bonds across race, place of origin, and faith.