We deserve to #BeHEARD when speaking out against harassment

Tell Congress to pass the BE HEARD Act 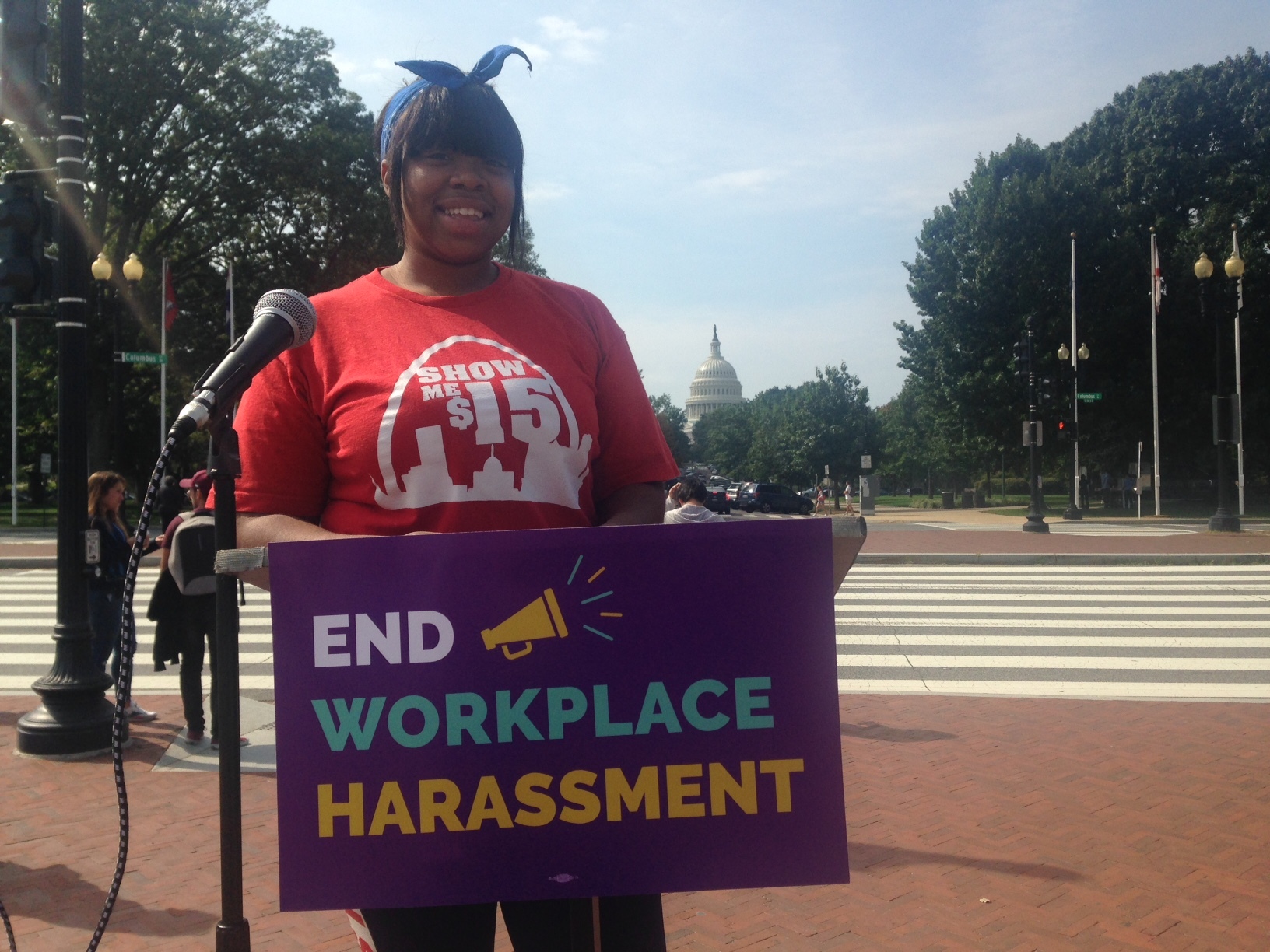 Everyone should be treated with dignity and respect no matter who you are, where you live or what you do for a living. Having these basic rights ignored makes you feel voiceless. I will never forget the first day I went to work at McDonalds. My co-worker sexually harassed me during training. Everyone (including my manager) laughed.

I have the courage today to speak about what happened to me thanks to my brothers and sisters in the Fight for $15 and a Union. Unfortunately, not every survivor has that.

That’s why I recently came to Washington, DC to call on Congress to pass the Bringing an End to Harassment by Enhancing Accountability and Rejecting Discrimination in the Workplace (BE HEARD) Act, introduced by Rep. Katherine Clark (D-Mass.).

The BE HEARD Act addresses the issues faced by working men and women who are assaulted or harassed in the workplace. It extends civil rights protections to more working people, including home care workers, nannies and other small business employees. The bill also extends protection from employment discrimination to LGBTQ workers, and provides legal support to workers.

After hearing so many similar stories of sexual harassment at McDonald’s, I realized I had to speak up. I joined cashiers, cooks, and other fast food workers from across the nation to call out these employers and to demand unions for all through marching and going on strike. Having a seat at the table with McDonald’s and other employers can strengthen and enforce policies to protect us.

We need this bill to make our workplaces safer, help us feel protected and give us important resources to hold our employers accountable. Working people like me shouldn’t be left with nowhere to turn when facing sexual harassment. If this bill were law, I’m sure my coworker wouldn’t have felt comfortable making inappropriate comments about my body; let alone touch me.

In addition to passing the Be HEARD Act, Congress should be making it easier for more working people to stand together in unions. Workers raising their voices together is what the Be HEARD Act is all about. I didn't have to stand alone in this fight, and no one should. That is precisely why working people need more opportunities to join together in unions, support each other in the workplace and advocate for politicians to push policies like this one.

Standing alongside other survivors and elected officials in Washington, DC, made me feel empowered, but now I’m ready to help others feel the same way.

Will you join me in telling Congress to support the BE HEARD Act? Call (202) 224-3121 and let your representative know it is time all working people are heard and get the respect, safety and dignity we deserve on the job.