This Childcare Worker is Changing Lives

“All of our hard work had been realized.” — Renaldo Sanders

You know you’re in the right profession when it affords you the opportunity to use your talents to positively change lives.

California child care provider Renaldo Sanders, who was born and raised in a low-income neighborhood in the southside of Chicago, is able to connect with preschool children deemed to have behavioral problems, and help them build strong foundations so they can choose healthy paths in life. 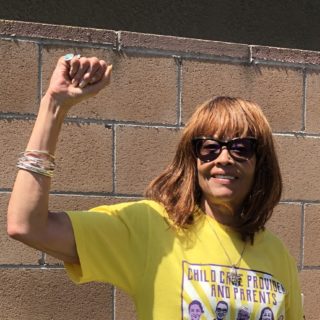 For the past 33 years, Renaldo has been doing just that in the City of Compton. And for the past 16 years, she’s been part of a campaign—along with thousands of other child care providers in California—to win the freedom to unionize, to come together to make improvements to the state’s woefully underfunded early childhood education system.

On September 30, 2019, those many years of unyielding determination paid off, and Renaldo traveled to Sacramento to watch California Gov. Gavin Newsom sign into law a bill giving 40,000 family child care providers the right to form a union!

California became the 12th state to provide early childhood educators with collective bargaining rights. It was the largest single union-organizing victory in two decades and the largest organizing campaign of childcare providers in U.S. history.

"When Gov. Newsom signed our collective bargaining bill, I felt pure joy,” she says. “All of our hard work had been realized. It provides an example for others. Keep up the fight and win a better future." 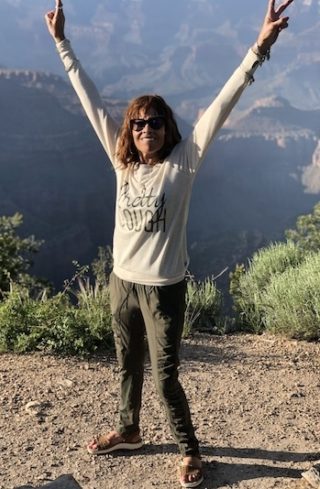 Now with the right to negotiate as a union with their employer, the state of California, child care providers will finally be able to effectively fight together for their profession, to negotiate for living wages, benefits, access to affordable training, and professional development.

This workforce of mostly women of color, isolated in their own day care centers, will finally be able to take care of themselves—and each other—so they can continue to serve the children and families they love to care for.

The shameful truth is that despite the responsibility of educating and developing very young children, child care providers make poverty wages and aren’t even covered by basic labor laws such as minimum wage or workers compensation. That's why it's so essential that more elected officials stand with us to rewrite the rules so that all of us, no matter where we work, have a chance to stand up and demand better through our union. 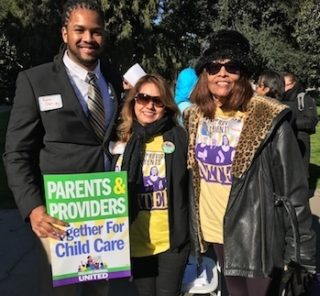 "I will never give up on our vision to win child care that works for families, providers, and children!" Renaldo exclaims.

When we join together in our unions, we have a REAL voice at work. Join us today to demand #UnionsForAll