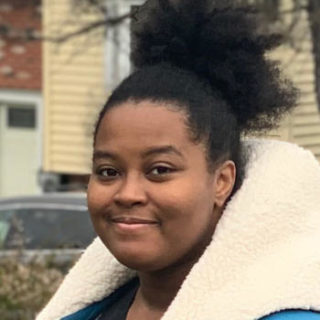 University of Pittsburgh Medical Center (UPMC) Food Service Attendant Alexandria Cutler spent time with Senator Bernie Sanders as part of SEIU’s Walk A Day program, which invites presidential candidates to shadow a working person and have a face-to-face conversation about the challenges we face.

Alexandria works hard as a food attendant, assembling and delivering meals to patients’ rooms. Despite the hour-long bus commute she takes to the hospital, she still aims to make each patient’s day a bit brighter.

Although she loves her job, Alexandria says she and her co-workers need a union. She knows that a $20 billion global health enterprise and the biggest employer and hospital system in the state is positioned to raise healthcare standards for the community and create good union jobs for the people who work in their hospitals. Instead, the hospital system is opposing their employees’ right to form a union at every turn.

Without a union, many low-wage workers at UPMC are unable to cover the costs of basic medical procedures, despite having insurance through work, and are left hundreds and even thousands of dollars in debt. Alexandria, for example, is facing medical bills—from her own employer—after she injured her back at work and is uncertain how she’ll ever pay off that debt making only $15.00 an hour.

That’s why Alexandria has been a fierce advocate for affordable healthcare and #UnionsForAll. At UPMC, she has circulated petitions, gone on strike, lobbied legislators and stood up for her colleagues.

Stories like Alexandria’s—and her colleagues who struggle to get by—are why America needs good, union jobs.