The Year of the Worker: Adarra Benjamin’s Story 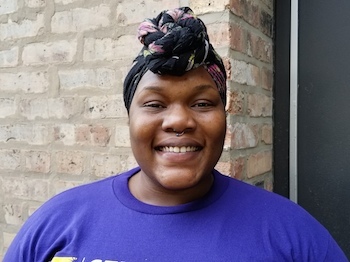 The Worker: Adarra Benjamin, Home Care Worker
What She Won: In June, thousands of home care workers employed by the Illinois Department of Human Services won $30 million in long-overdue back pay. The pay stemmed from a 2017 wage increase that finally got implemented, thanks to Governor Pritzker.

SEIU Healthcare Illinois home care workers were also on the frontlines of advocating for and winning a statewide minimum wage increase to $15 an hour, with an even earlier implementation to occur in Chicago.

“After becoming a member… I truly understood what it meant,” said Adarra Benjamin, a Home Care Worker. “We are the union—the workers in general are the union—understanding that if we don’t come together, we don’t have a voice.”