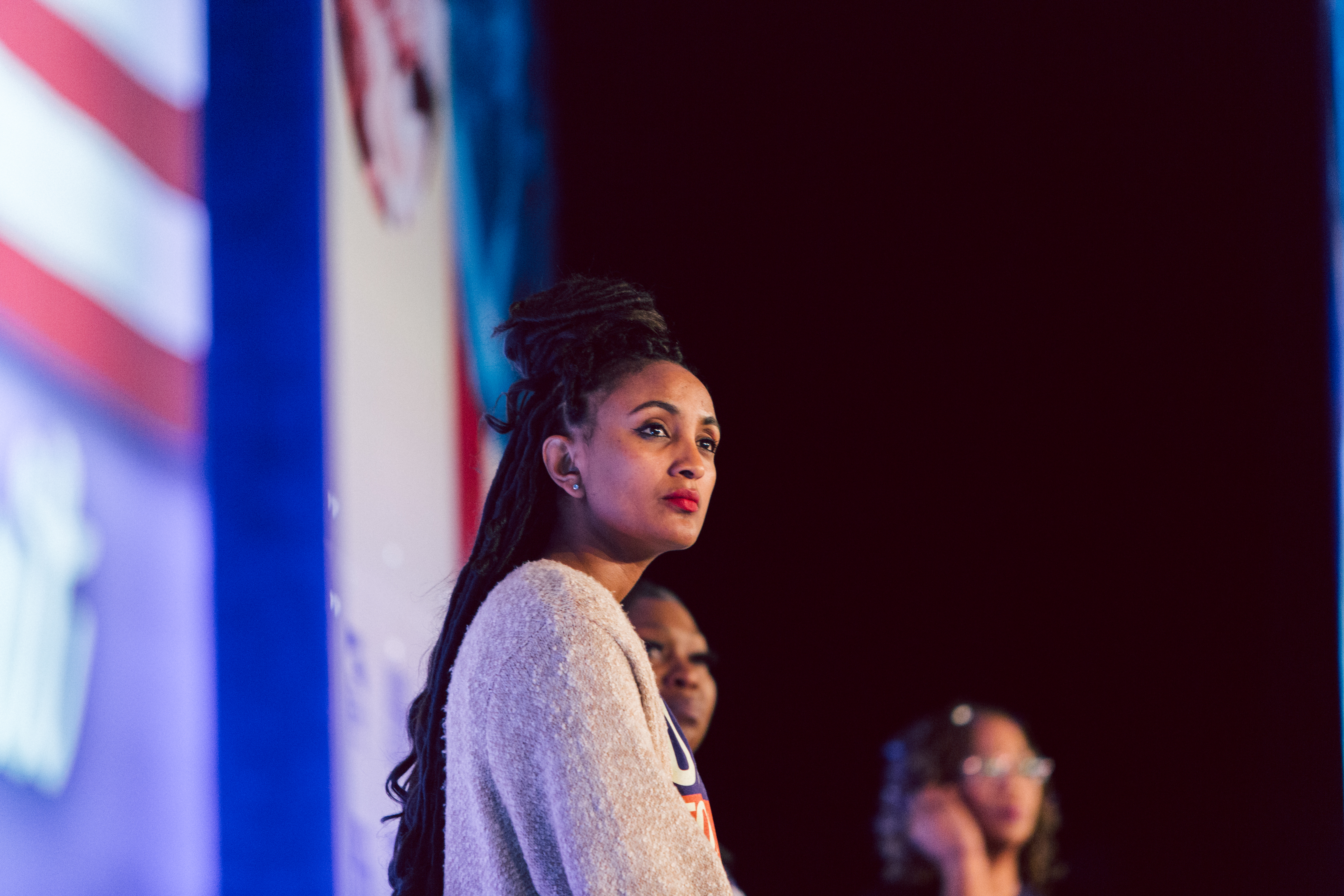 The Worker: Tseganesh Endegeshet, Denver Airport Worker
What She Won: More than 6,000 baggage handlers, catering workers, cabin cleaners, wheelchair attendants and passenger service assistants at Denver International Airport, the nation’s fifth largest airport, came together, lifted their voices and called out the airlines for rigging the rules against working people and travelers. They rallied, marched, and went on strike to protest working conditions. In March, they won a $15 minimum wage for all airport workers. With this victory, airport workers like Tseganesh, who emigrated from Ethiopia, led the way for the entire city of Denver to win $15.87 an hour by 2022.

As a result of their actions, Tseganesh and her coworkers won a union with SEIU Local 105 and many are now in contract bargaining over sorely-needed benefits, safe working conditions and rights on the job.

"Having a union means I can fight with other working people for… a living wage, healthcare for me and my family, and a good job that respects me,” she says.