Advocates say passing the bill is “historic,” a “turning point for education in Oregon” and a “new day for education.” 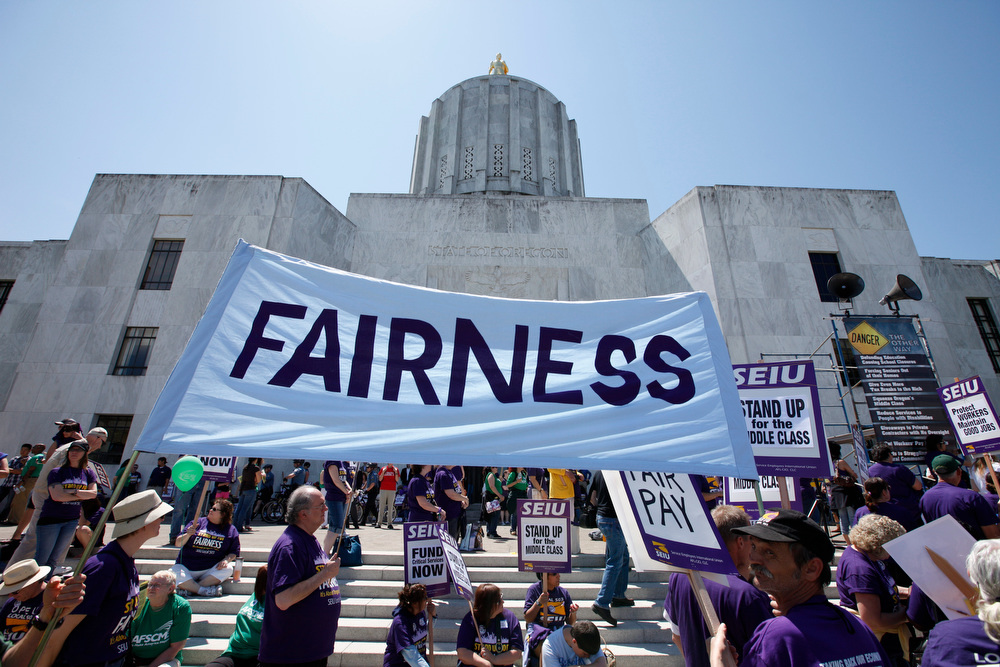 The Oregon legislature passed a bill Monday that will raise $2 billion in new revenue from large corporations to provide funding for education and public services. Advocates say passing the bill is “historic,” a “turning point for education in Oregon” and a “new day for education.”

This $2 billion investment in education will relieve decades of pressure on Oregon's finances, creating opportunities to improve public services throughout the state, while also ensuring that corporations pay their fair share in taxes. It will also put SEIU Local 503 members in a better position for bargaining this summer.

It was not an easy road but SEIU members stood strong together and never gave up. Over the past six years, they helped elect new leadership in state government that prioritized revenue reform and advocated for key legislation that helped set the table for this victory.

Despite support from Nike and other members of the business community and the bill’s passage in the state House of Representatives, Republicans decided to skip the floor session in hopes of slowing down the process. Ultimately, their gambit failed and the Senate passed the measure, which is now headed to Gov. Brown’s desk.