On the 36-year anniversary of the creation of 5B, the nation’s first ward dedicated to patients affected by AIDS, we talk to a 5B SEIU nurse at the center of safe needle movement.

Mary Magee, a nurse and a proud SEIU Local 1021 member, was just 24 years old when she moved from New York City to San Francisco. She heard about the creation of the nation’s first-ever hospital ward dedicated to treating patients with AIDS, 5B, and she knew she wanted to be a part of it. The work in 5B proved to be revolutionary on multiple fronts.

“It was a collaborative nurse-run unit,” she said. “The hospital administration gave us a lot of leeway on how to run the unit in a way you wouldn't normally see an administration do.” This level of autonomy allowed nurses to provide their patients with the care they were being callously denied elsewhere. 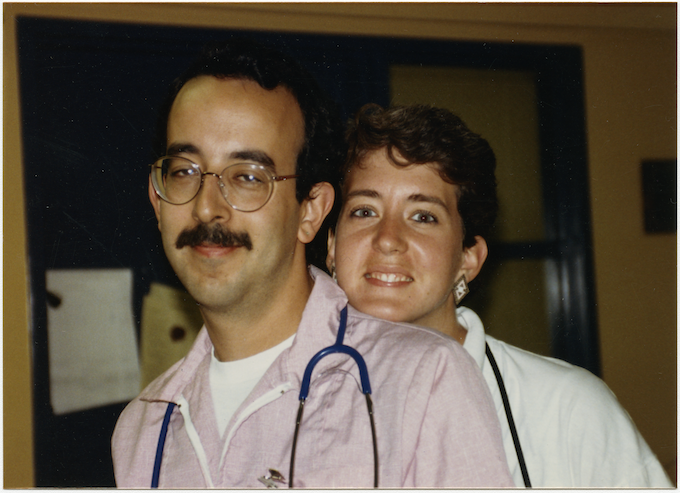 But there were many unresolved issues that nurses faced—from being understaffed, working long hours to having to use unsafe equipment resulting in needle sticks. Magee herself had only worked two months before accidentally sticking herself with a contaminated needle. She contracted HIV.

At that time, thousands of nurses and caregivers had died from different diseases contracted from needle sticks. "The healthcare industry had already accepted the fact that hundreds of healthcare workers were dying every year by the late ’80s,” said Magee. “But it wasn’t being talked about.”

But these needlesticks were preventable. “My SEIU representative discovered there was a device that would have prevented my needlestick, but hospitals weren’t supplying them to healthcare workers,” she said. A few years later, The San Francisco Chronicle reported that it was more profitable for hospitals to use the less safe needles than the safer ones.

Magee and fellow SEIU 1021 nurses came together and demanded San Francisco General Hospital address the issue. They filed a grievance and got their demands heard.

This victory was later instrumental in winning citywide and statewide safe needle law in California. Hospital workers had successfully lobbied to not only set better standards for workers but also required input from front-line healthcare workers while deciding any new standards.

“We need to stay connected on issues we care about. The numbers make a difference. Don’t let somebody else be the only person out there carrying the torch about an issue you care about. Walk with them. Ask people to walk with you,” says Magee.

Read more about the safe needle movement in The Chronicle and The SF Gate. You can also watch Mary’s and others’ stories in the movie ‘5B’ when it's released for streaming on August 27th.