Nationwide Strike that was scheduled for Oct. 14 may be averted. 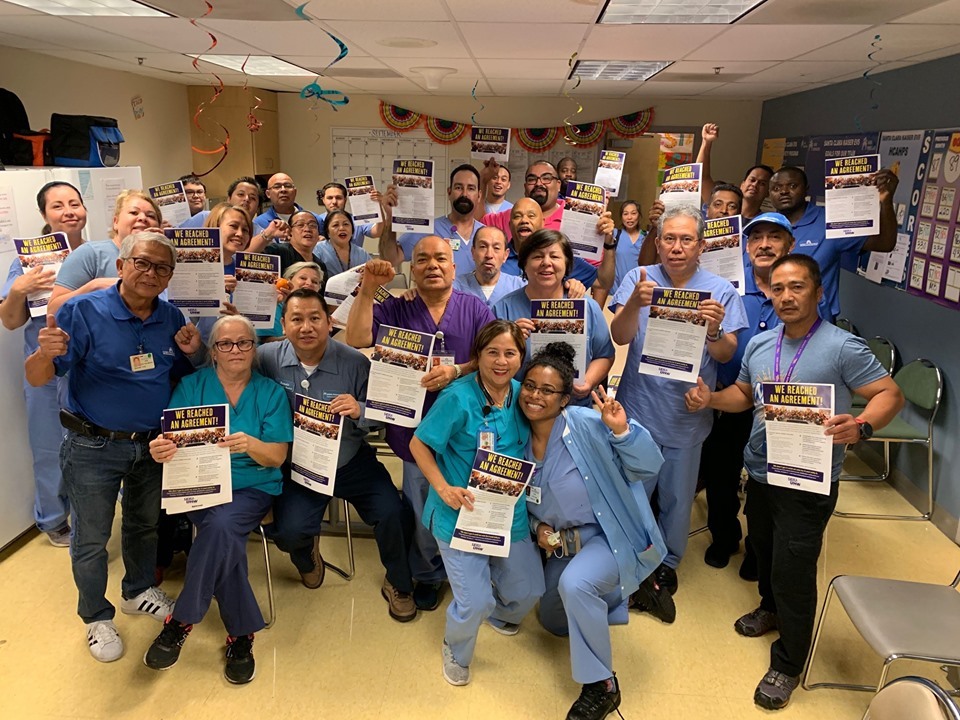 Among some of the highlights are 3% across-the-board raises, protected health and retirement benefits, and investment in a $130 million healthcare academy to develop and sustain the healthcare workforce of the future.

“This agreement will allow us to rebuild the worker-management partnership that has been so important to all of us in making Kaiser successful over the last 20 years,” said Georgette Bradford, an SEIU-UHW member and ultrasound technologist at Kaiser in Sacramento. “Reaching an agreement was not easy, it had lots of twists and turns, but in the end we accomplished what we set out to do – reach an agreement that is good for patients, workers and our communities.”

If ratified, the four-year agreement between Kaiser and seven unions in six states and the District of Columbia would avert a nationwide strike that was scheduled to begin Oct. 14.

Learn more about their recent win on their webpage.