When we fight, we win! Detroit area nursing home workers return to work with new contract after two-day strike 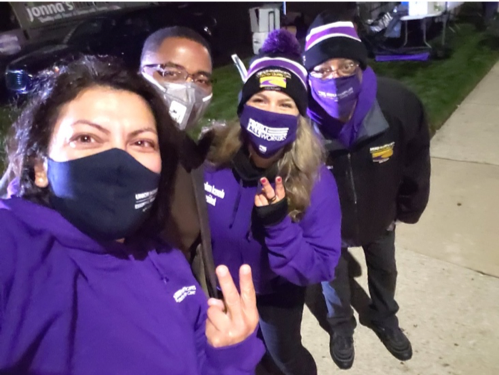 After months of negotiations and two power-packed days on the strike line, workers at Four Seasons Rehab & Nursing in metro Detroit settled their contract Tuesday night. During the strike, workers called on management to ensure quality care for residents by improving staffing levels, providing adequate personal protective equipment for the duration of the pandemic, paying frontline workers a living wage and taking responsibility for the crisis of COVID-19 within nursing homes.

· Read more in The Detroit News.