Survey is a unique, behind-the-scenes perspective from people who understand how airplanes and terminals are cleaned and staffed 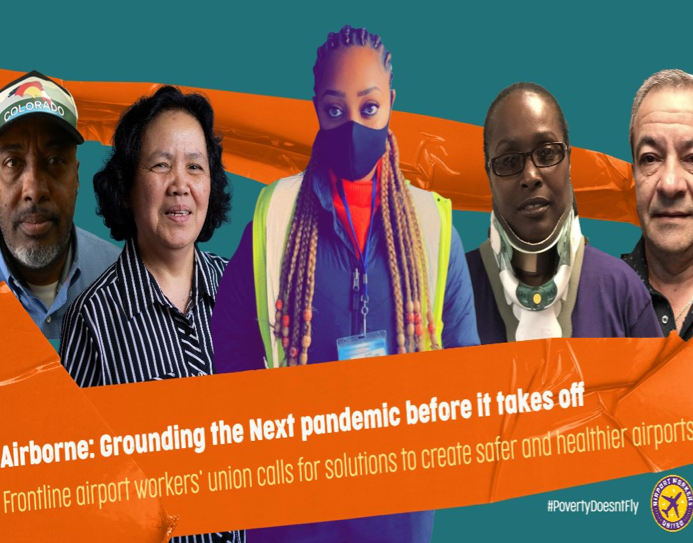 Tens of thousands of contracted airport workers, predominantly people of color, could find themselves on the unemployment lines for the holidays resulting from an omission in the bipartisan compromise stimulus bill currently being finalized. As stimulus negotiations near an end, contracted airport workers are calling on House and Senate leadership to fix the bill in time to avoid mass layoffs.

"With the holiday travel season here, I'd like to say that airlines and airports have learned the lessons of the pandemic and made real changes in how we go about protecting ourselves and our passengers from contagious diseases," says Yolanda Rodriguez, a janitor at Chicago’s O'Hare International Airport. "But from here inside the airport, I see that's not the case. We all want people to travel to see their loved ones - our jobs depend on people traveling - but the airlines and our government can and should do a lot more together to restore confidence in air travel and help everybody feel safe."

These demands are even more urgent in light of a recent report titled "Airborne: grounding the next pandemic before it takes off," which features survey data of hundreds of cabin cleaners, security officers, wheelchair attendants, baggage handlers, terminal cleaners and other airport workers in 42 airports across the country.

The survey is a unique, behind-the-scenes perspective from people who understand how airplanes and terminals are cleaned and staffed. Among the findings:

Read the full report here, listen to the Zoom press conference here and read more from KYW Radio and CNN.