Airport Workers are Worth More than $7.25 an Hour

I’m a wheelchair attendant for American Airlines’ contractor Primeflight at George Bush International Airport in Houston. For nearly 20 years, I’ve worked hard helping people with disabilities and elderly travelers get to their destination safely. I like my job, but for all of that hard work and dedication, American Airlines and its contractor have kept my pay at $7.25. I’ve never received a raise.

My rent has doubled since I started, but my pay is exactly the same. We can’t live on that. I raised my 5 daughters on my own so I had to work two jobs, that’s 80 hours a week, my entire life. 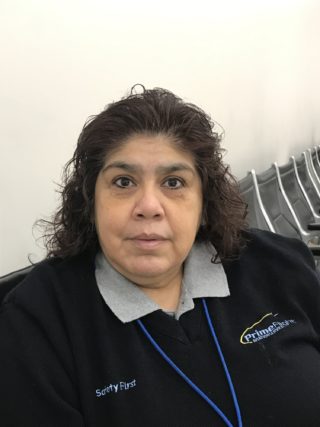 In addition to my 5 children, I also have have 7 grandkids. I don’t want them to go through this which is why I’m in Washington D.C. with Congresswoman Sylvia Garcia at the State of the Union Address. Our elected officials have the power to make it easier for us to come together in unions. The House can start by passing the #PROAct, a first step in the right direction that holds companies accountable that behave badly when working people—like us— stand together for higher wages, benefits and a seat at the table.

I’m proud to be fighting for $15 and a union not just for myself, but so my daughter can be treated with respect, put food in the refrigerator, and spend time with her family.

Congress has to do something now. We can’t let airlines like United and American get away with this any longer.

When the minimum wage goes up, crime will go down, suicide will go down. There are a lot of problems in the world that would stop if wages went up. People could pay rent on time, buy medicine, go to the park with their children on the weekends, and just be with family.

And with a union, I would be treated with respect.

Tell Congress to make it easier for working people to join unions by passing the Protecting the Right to Organize (PRO) Act. Call 1-888-848-4824 now!