This weekend, 140 million poor and low-income people in our country will unite online for justice. When you pledge to join, a message will also be sent to your elected officials to join the broadcast so they too can hear our voices, demands and solutions. 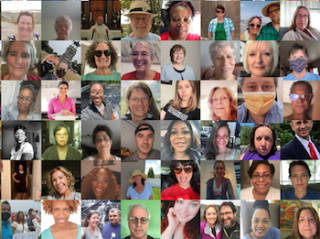 As the reverend has said, too many people have been too comfortable for too long with other people’s desperation and other people’s death. The fissures in our society have been exposed. We have no option but to mobilize and register people for a movement that votes.

The Poor People's Campaign is a movement of tens of thousands of people across the country who are organizing to end the interlocking injustices of structural racism, poverty, militarism and the war economy, ecological devastation and the distorted moral narrative of religious nationalism.  Join the movement here.

* The broadcast on June 20th and June 21st will be interpreted into Spanish and American Sign Language and will be open captioned in English.