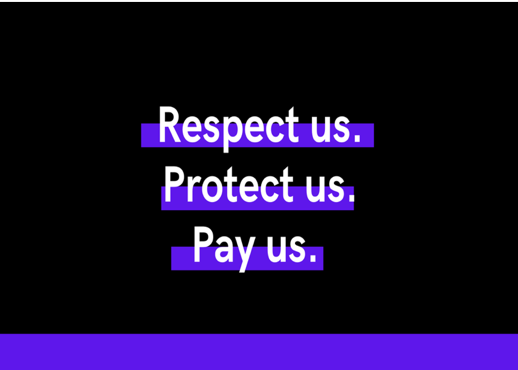 SEIU members, worker leaders in the Fight for $15 and a Union, and working families across America have spent the last four years rallying, protesting and demanding an economy and democracy that works for all families, regardless of race or citizenship status. They celebrated a new chapter in their country Wednesday with the inauguration of President Joe Biden and Vice President Kamala Harris.

“Today working people will take a moment to mark how far we’ve come, but tomorrow morning we will double down on the work that still needs to be done. Essential workers are demanding to be respected, protected and paid,” said SEIU International President Mary Kay Henry on Twitter.

“Today’s inauguration of Joe Biden and Kamala Harris is a major step forward, and one working people are celebrating from coast to coast as we continue to fight for a nation where everyone, regardless of the color of their skin, is respected, healthy and can live with dignity,” continued Henry in her statement.