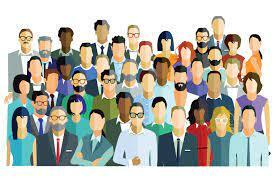 Advancing the cause of racial justice is a battle that must be fought on many fronts, that’s why a group of investors consisting of over $1.2 trillion in assets—the Service Employees International Union Capital Stewardship Program and the Change to Win Investment Group—have been demanding that leading investment firms examine how their plans and policies impact communities of color.

As significant stakeholders in these investment firms, the SEIU Capital Stewardship Program and the Change to Win Investment Group have been submitting proposals—which can be voted on at annual shareholder meetings—that would require firms be audited by a third party.

The push by SEIU and Change to Win has been putting more and more of pressure on large financial institutions in recent months, since many of them—especially in the banking industry—have a long history of engaging in racist practices such as redlining.

To this day, Black Americans are denied mortgage loans at a much higher rate than their white counterparts. In addition, a report from the National Bureau of Economic Research showed that Black  and Latino Americans on average were also charged significantly higher interest rates.

One of these investment firms, Blackrock,  has decided that the SEIU proposal is too important to wait until they are voted on at their shareholder meetings.

BlackRock recently announced their plans to institute an external review of its diversity and  equity policies, and that it has a responsibility to lead by example. According to top BlackRock executives, the goal must be for “BlackRock to be a leader in integrating diversity, equity and inclusion into every aspect of our business — ranging from our own people and culture, to how we serve our clients, to how we use our voice in broader society."