Hear Maria talk about the terror that gripped her immigrant neighborhood, though it didn't stop her family from thriving 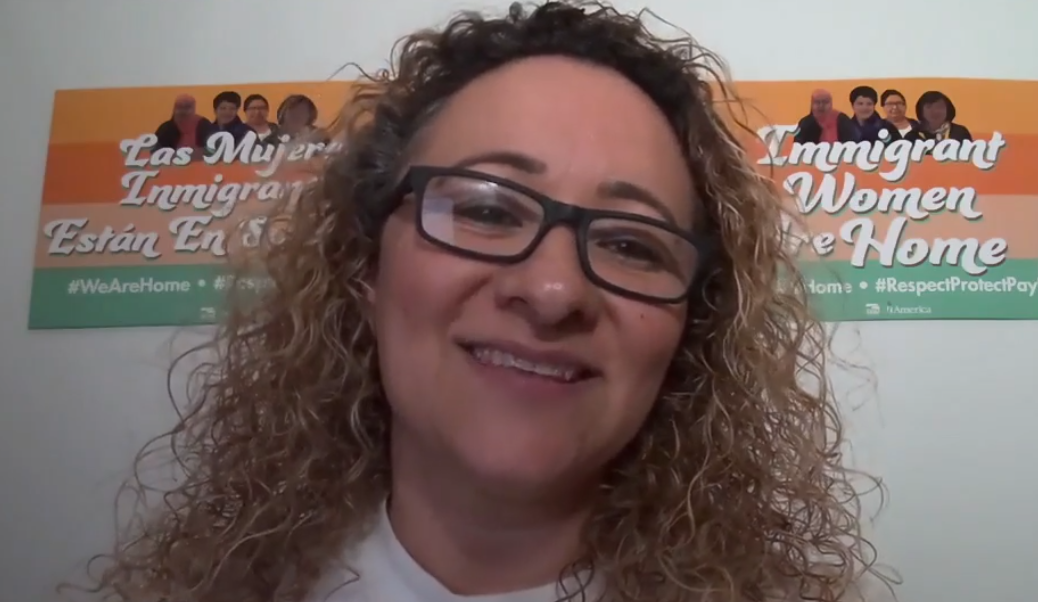 SEIU member and union leader Maria Nuno-Estrada (Southwest Regional Joint Board Workers United) was born in the United States, so she has always felt protected by the U.S. Constitution, but because her parents were undocumented until the Immigration Reform and Control Act of 1986, she knows well the "soul-crushing fear" and "crippling terror [undocumented] people live with day in and day out."

In the video below, in telling the story of her immigrant mother's grit and why we need citizenship for all immigrant essential workers, she shares, "I still remember as a child the fear in our community when neighbors scattered, roaring, "La migra! La migra! Corrélé! Corrélé! Escóndete la migra!" (Border patrol! Border patrol! Run! Run! Hide!)

"What was once a lively happy neighborhood within seconds became complete total silence," Maria recalls with emotion in her voice. "And we the kids, the first-born generation, carry that fear, carry those images, that deep-seated anger and rejection of our people and our souls. And now, (we carry that) as adults as well. This is what makes us get up in the morning to fight and stand up for those who are not able."

Maria's mom, Paulina, came to the states as a teenager who knew no English and who immediately began working in a factory. To her, the American dream was about being able to work hard and create stability for herself and her family members—in peace—rather than in hiding.

Paulina now has grandchildren who are second generation Americans, who can openly dream about becoming medical doctors and ballerinas. #ImmigrantWomenAreHome

Tell your Senators to act quickly to provide a path to citizenship for TPS holders, Dreamers, and immigrant essential workers and their families: 1-888-204-8353