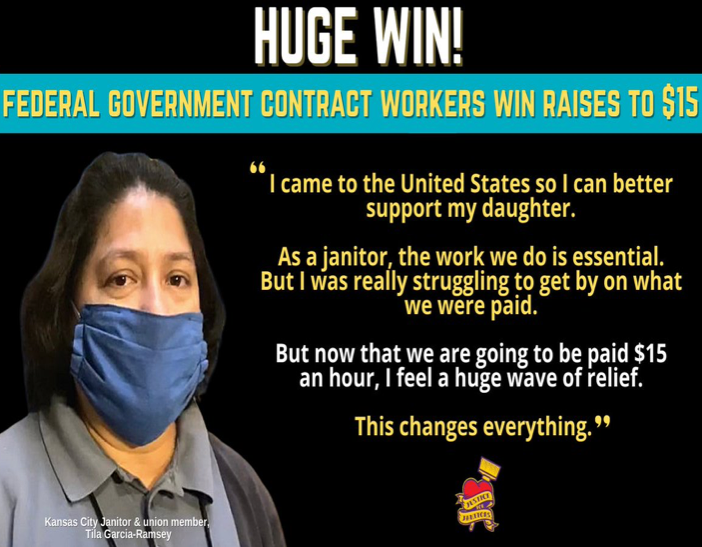 “President Biden’s executive order is an incredible victory for working people across the nation. President Biden understands that even as the country starts to recover from the pandemic, too many families are still facing a crisis of how to make ends meet while working jobs that pay less than $15 an hour,” said Fight for $15 and a Union leader and Orlando McDonald’s worker Cristian Cardona in a statement.

“With today’s executive action, President Biden is continuing to fulfill the pledge he made yesterday to make the federal government a model employer. More importantly, he is heeding the demands working people have been making that leaders must respect, protect and pay them,” said SEIU International President Mary Kay Henry.

Later that day, SEIU Local 1 janitor Tila Garcia-Ramsey joined Secretary of Labor Marty Walsh and other worker for an online discussion about the executive order. During the event, Garcia-Ramsey shared exactly what making $15 an hour would mean for immigrants and women of color.