Lawmakers will soon vote on AB 257, the FAST Recovery Act, a bill to protect and empower the state’s fast-food workers 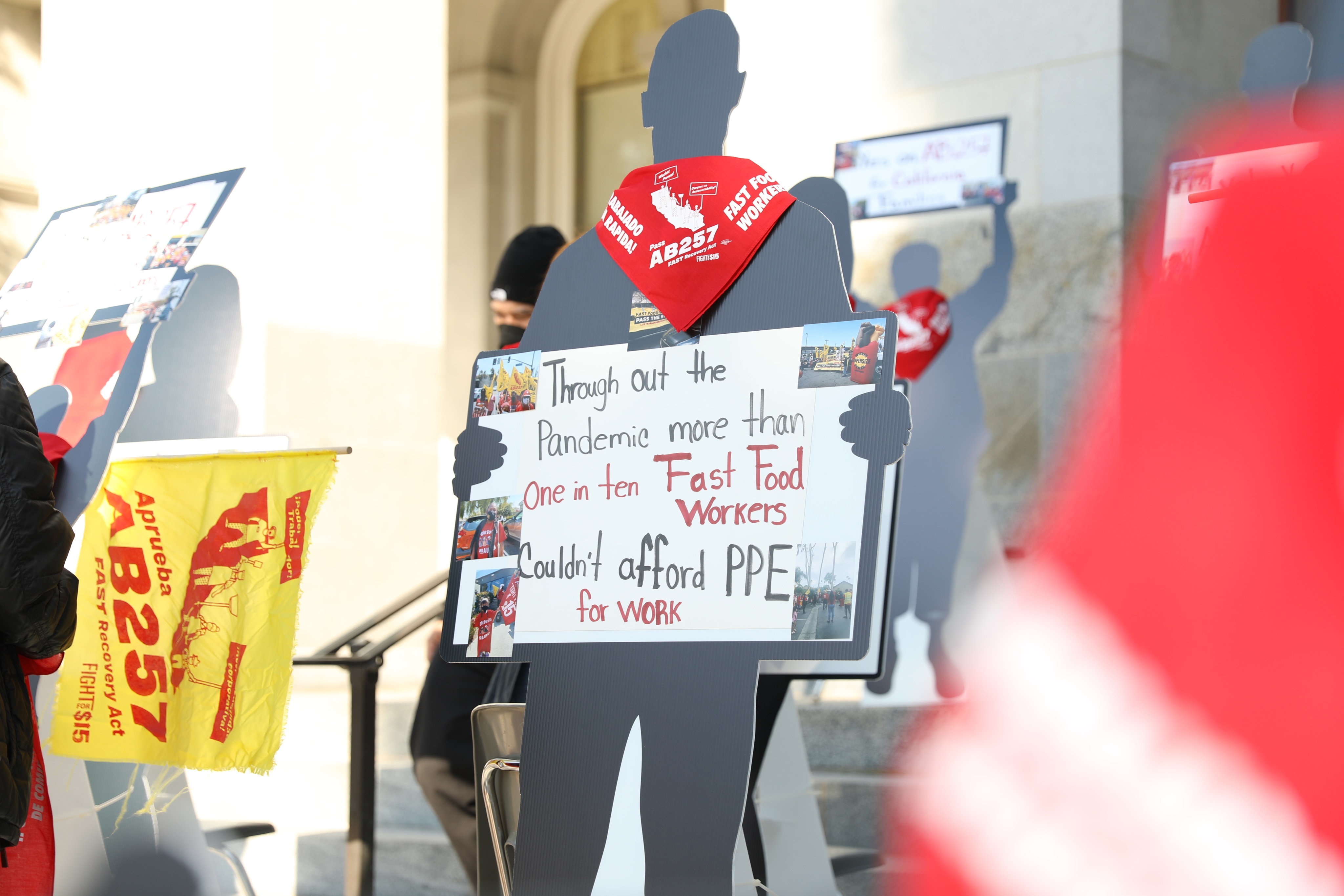 In California, where lawmakers will soon vote on AB 257, the FAST Recovery Act, a bill to protect and empower the state’s fast-food workers, a new study from UCLA revealed the alarming risks for fast-food workers during the pandemic.

“The companies we work for have called us essential, but this report shows they think we're disposable and that they've decided keeping us in unsafe and unsanitary conditions is worth it for higher corporate profits,” said Los Angeles McDonald’s worker Angelica Hernandez. “But we won't be silent — my co-workers and I will continue to fight for better working conditions and a voice on the job, so that our families and our communities can feel safe and thrive.”

McDonald’s Workers in Palmdale, Calif., took up Hernandez’s call this week, going on strike to protest unsafe working conditions including broken kitchen equipment and understaffing. “Smoke from the nugget fryer has been filling the kitchen since before Thanksgiving, making my eyes red and giving me a cough, a sore throat and a headache,” wrote Rosa Garcia, who has worked at the Palmdale McDonald’s for more than a decade, in a formal complaint to the district’s Cal/OSHA department.

In the complaint, workers also describe management threatening them with retaliation for not moving fast enough, even as they are expected to perform multiple jobs at once due to chronic understaffing.