Rep. John Lewis told me, "Continue to tell your story." 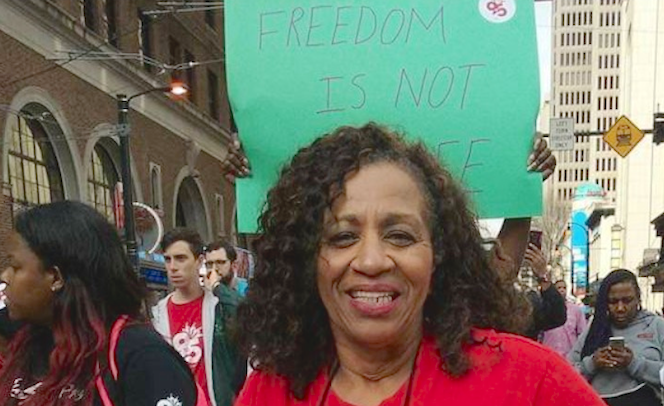 Over eight years ago, the U.S. Supreme Court gutted the federal Voting Rights Act of 1965, and many states, with newfound authority, immediately passed laws making it harder for Black, brown, and young voters to participate in elections.

Since the 2020 presidential election, lawmakers in states like Texas, Arizona, Florida, and my home state of Georgia have proposed more than 440 anti-voter bills aimed at silencing working people of color.

The John Lewis Voting Rights Advancement Act of 2021, named after the late U.S. Representative and Georgia voting rights activist John Lewis, would fully restore the freedom to vote in every part of our country. It would give all Americans the opportunity to participate in our democracy and have their voices heard.

I was in a meeting several years ago with Rep. Lewis, speaking out about being a home care worker with low pay and no benefits, and he told me, "Continue to tell your story."

It is indeed through my vote that I am able to tell my story. My vote is my voice.

In addition to passing the John Lewis Voting Rights Advancement Act of 2021, we must pass the Freedom To Vote Act, also introduced in 2021, which, for one, would end partisan and racial gerrymandering. The operative word in that legislation is freedom. We need to have the freedom to vote without hindrance. We will not be silenced!

Call your Senators at 1-833-312-1833 and tell them to pass the John Lewis Voting Rights Advancement Act and the Freedom to Vote Act.

The Freedom to Vote. Without Hindrance. Without Exception.